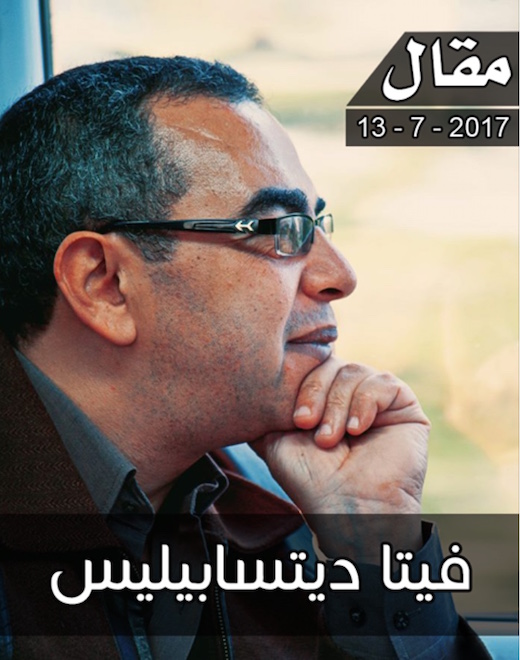 The prolific author, Ahmed Khaled Towfik, passed away from a heart attack on April 2nd, 2018. Although I had encountered his books occasionally in passing, I have yet to read any of them, including “Utopia“ or his other works that have been translated into English.

The announcement of his passing, in a comment by German author Cora Buhlert on File770, contained a link to an excellent memorial essay on the author over at Sindbad Sci-Fi. The memorial essay helps to frame Towfik’s work in Egyptian and Arabic-reading context:

“His influence on Egypt’s zeitgeist cannot be emphasised enough; he was regarded a public intellectual as much as a pillar of SF literature, frequently hailed by Egyptians as the ‘Godfather of popular culture’. Through his writing, he showed unwavering dedication to mentoring a generation of younger fans who had brought him fame and success.

The outpouring of affection from Egyptians mourning his loss is not just because he was a talented writer. To the humble masses, he was a relatable, friendly figure who stood up against social injustice and oppressive dictatorship.

For Tawfik, the realm of Sci-Fi was a catharsis to safely vent his deep frustration with politics, poverty and class divisions. He ingeniously mastered the craft of dystopia as an allegorical tool to make a scathing commentary on Egypt’s status quo whilst averting censorship.” Yasmin Khan, Sindbad Sci-Fi

This memorial contains links to interviews with Towfik, including a long recording of an event held at the British Library as part of the Shubbak Festival held in 2015. The interviewer was Yasmin Kahn, the editor of Sindbad Sci-Fi, which itself is an incredible resource, highly recommended to SFF fans everywhere. 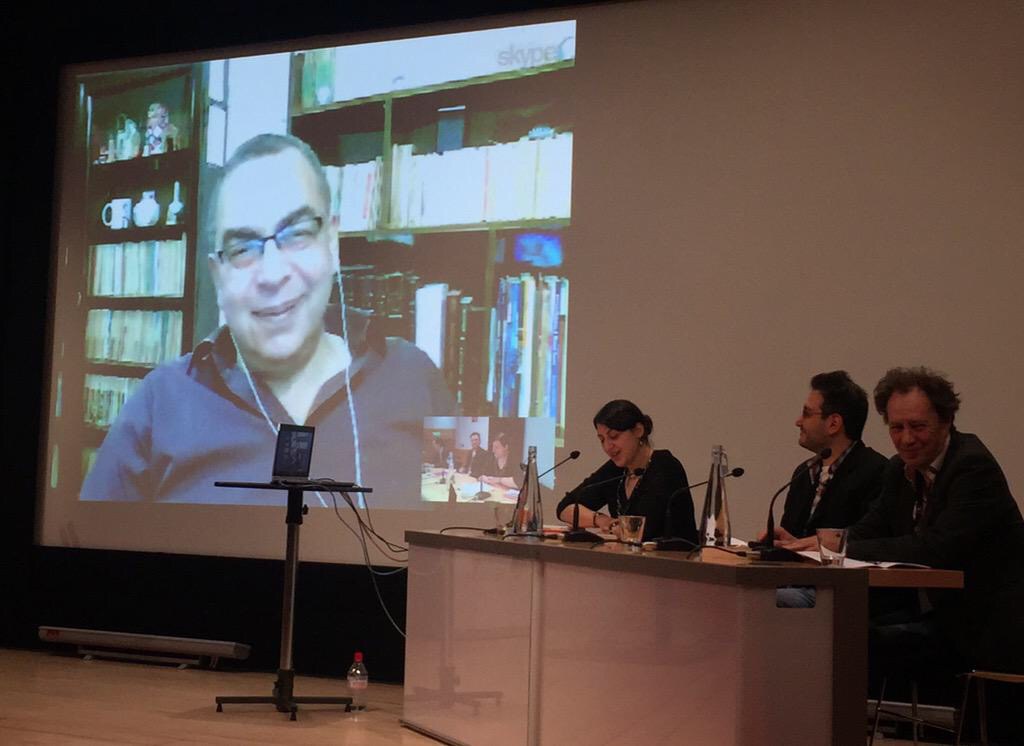 Towfik interviewed via Skype by Yasmin Khan at Shubbak Festival 2015

Taking a look at Towfik’s listing on Goodreads, even without knowing Arabic, you can enjoy browsing through some of his interesting works. For example, there are 64 books listed in the series called Supernatural. 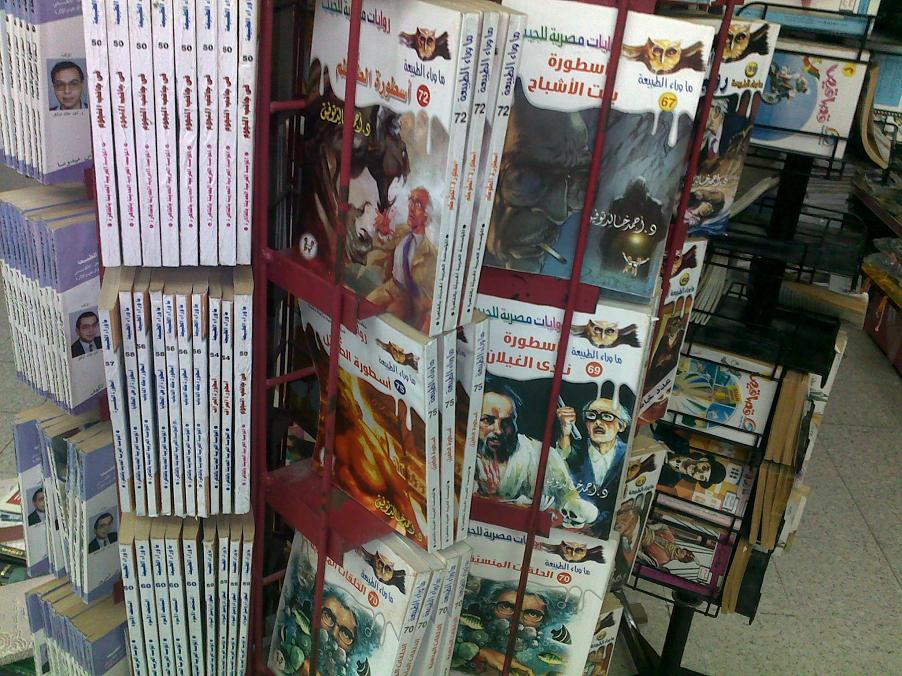 Hopefully, some more translations and descriptions about these books will appear in English soon! 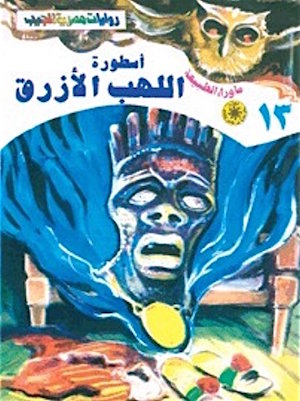 The Blue Flame, Supernatural Series, No. 13.

Another series, called Safari, has another 53 listings, and equally intriguing entries. 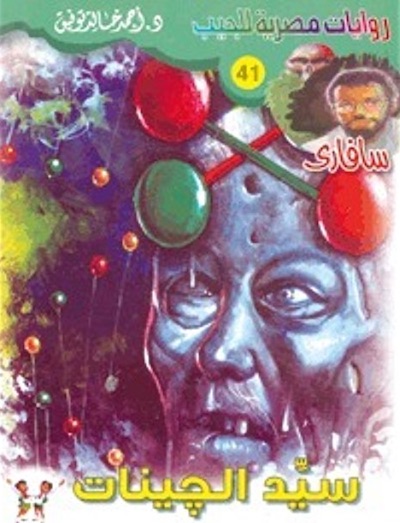 In addition to these series, which seem to be in the YA category, Towfik also wrote three volumes of a series of strange and horrific stories called Now We Open the Box. 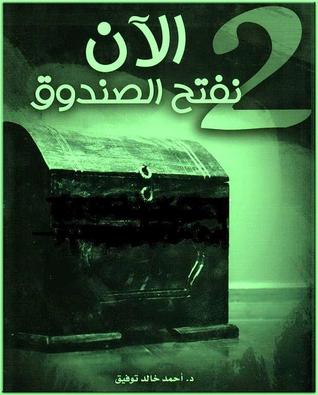 The first book by Towfik translated into English is Utopia, which has an intriguing cover on one of it’s Arabic editions. 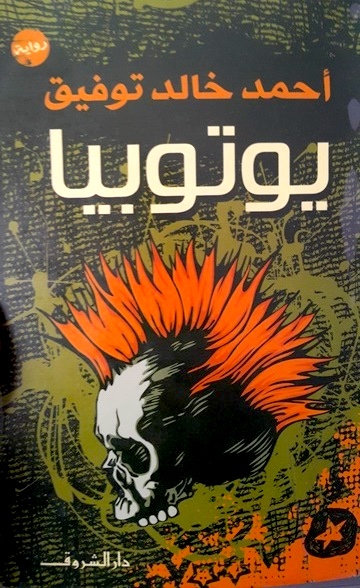 It is regrettable that I only took a closer look at my Egyptian cohort, Ahmed Khaled Towfik, after he has passed away at the age of 55!

May he rest in peace and may his works continute to find new audiences and inspire authors in who write SFF in Arabic.