Lisa Goldstein’s first novel, The Red Magician, won the National Book Award in 1983, in the category for “original paperback novel.” Strangely that is the only year that category existed, which means that Goldstein is the only person to have ever won that particular award.

In her second novel, Goldstein wrote a time travel fantasy set in Paris, called The Dream Years. In this story, a group of surrealists that formed around André Breton (circa 1924) become inexplicably entwined with the protest and rebellion of les barricades (circa May 1968). As I was reading, I found myself wondering time and again if, somehow Goldstein’s novel provided inspiration for Woody Allen’s time-travel film, Midnight in Paris.

First, the main concept of The Dream Years is that a young woman, who is a leader of the Paris protests in May 1968 discovers passages in time that enable her to go backwards to the 1920s in search of the surrealists. Ostensibly she is doing this because she is in need of the surrealists to fight against the establishment; they are the only ones with enough vision and anti-authoritarian energy to succeed.

However, the story begins in the 1920s, from the point of view of a young writer, Robert St. Onge, who is a member of Breton’s surrealist gang, and when he encounters this mysterious girl from the future he becomes intrigued, then enraptured by her.

This is very much like the main character in Woody Allen’s Midnight in Paris, Gil Pender, who is an American writer, entranced by the idea that he can live and work in Paris. He is especially in love with the Paris of the 1920s and accidentally finds a way to travel back in time to actually experience that time and place.

Gil Pender, dreaming of the past

In The Dream Years, the protagonist, Robert, has a troubled relationship with the most important person in his life, André Breton. Breton is charismatic, and dedicated to the credo of surrealism, but he is also didactic, and declares only poetry to be worth writing, while scorning novels as rubbish of the middle class consciousness. Robert discovers that he wants to write a novel, and fights with Breton over this, with Breton going to far as to tear up pages of Robert’s manuscript.

In Midnight in Paris, the writer, Gil, is successful at writing screenplays, but his true passion is to write a novel, which he works on in fits and starts, wracked by self-doubts. Gil struggles with the most important person in his life, his fiancé, as well as her wealthy parents, who are focused on money and consider Gil’s artistic ambitions to be ridiculous.

In The Dream Years the woman from the future appears suddenly in the life of the writer, then vanishes, leaving Robert to wonder who she was and how he might find her. Robert then encounters a color photograph of the same woman on the cover of a record album at an antique stall along the Left Bank. He is fascinated by the color photo (which he assumed is hand-tinted), and the single word on the record sleeve, Solange, which he assumes is the name of the woman. But after a night of drunken surrealist debates, he loses track of the record album. Later, the album is returned and he discovers that when playing it, there is no sound.

In Midnight in Paris, Gil Pender has an experience of traveling into the past and spends a wild and drunken night with his favorite people of the past, (including Hemingway, F. Scott Fitzgerlad, Cole Porter). Back in the present time, he wanders around the stalls along the Left Bank, and finds an antique stall where he finds an original recording of Cole Porter from the period that he just visited. He buys the record from Gabrielle, who works at the antique stall. The record can only be played on the old gramophone at the antique stall.

The record at the antique stall

4) The Woman of Mystery

In The Dream Years, the woman of the future is, in fact, named Solange, and she is part of the exciting days of rebellion known as Mai 1968. Robert, the writer, becomes entranced by Solange and travels with her through time to appear on the barricades, in the running battles between protesters and police. In essence, Solange has sought out allies in the battle between authoritarian political power and the new reality that the protesters are dreaming of. As it turns out, she must send Robert back to his own time, where he dreams of finding her again.

In Midnight in Paris, the woman of the past, named Adriana, encounters Gil Pender at the home of Gertude Stein, where she is in the middle of a tumultuous relationship with Pablo Picasso. Gil, smitten, nonetheless backs away from the woman of mystery, with the idea that he can fetch the manuscript of his novel for Gertrude Stein to critique it. Gil fetches his manuscript and desperately tries to revisit the past and find Adriana again.

The woman of mystery

In The Dream Years, it turns out that the May 1968 protests are shut down by the reactionary establishment. But then, there are evil forces at work, which cause a more serious war to break out in the future. Moving farther into the future, Solange engages the surrealists into that future crisis, pitting their dissociation from reality against the combined forces of authoritarianism and larger forms of ambient evil in the Universe. In short, the surrealists from the 1920s visit not only the 1960s rebellion, but a rebellion much farther into the future.

In Midnight in Paris it turns out that the woman of mystery, Adriana, similar to Gil Pender, is also in love with the past. For Adriana, the perfect world existed in La Belle Epoque of the late 19th Century to the early years of the 20th Century. One evening, as Gil and Adriana become more deeply involved, they travel even farther into the past, into Adriana’s dreamed-of Belle Epoque where they visit Le Moulin Rouge and take up a conversation with Toulouse Latrec. 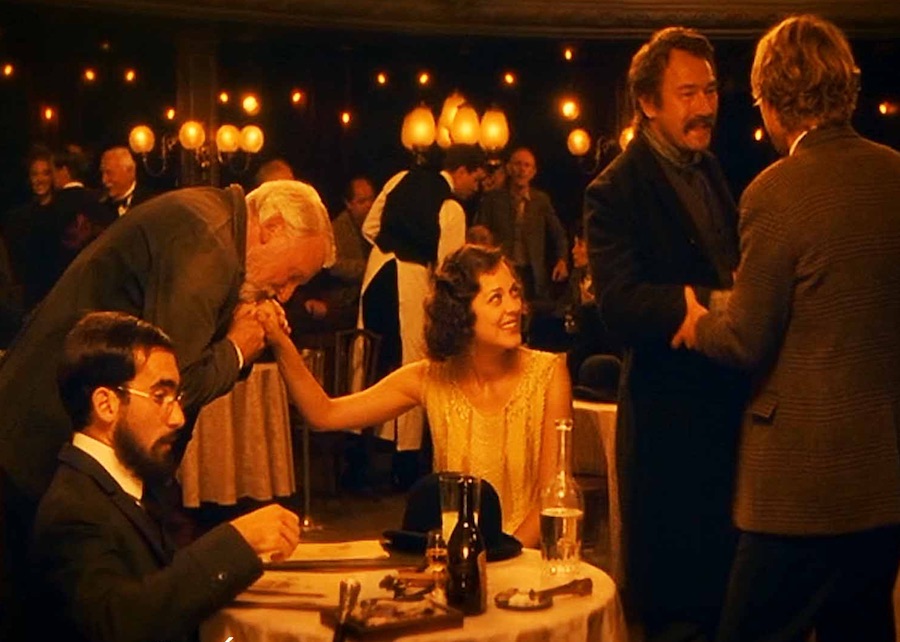 Farther back in time, at Moulin Rouge

Exploring these strange parallels between Lisa Goldstein’s novel and Woody Allen’s movie is not meant to detract from either work. In fact, Midnight in Paris is one of my favorite films of recent years, which I will probably watch again multiple times (despite the sort of creepy, odious feeling I get whenever I think about Allen as a human being).

Indeed, Woody Allen’s script, elaborates a very different cast of characters, the writers, artists, and bon vivants of the Paris 1920s. Interestingly, in Midnight in Paris there is no overlap at all with the surrealists that Lisa Goldstein wrote about: Antonin Artaud, André Breton, Paul Éluard, who were all directly involved with the Bureau of Surrealist Research.

Allen chooses more colorful characters and places them in random gatherings of pure genius. When Gil Pender despondently confesses his “problem” over a glass of wine with Salvador Dalí, it is golden moment; and then Dalí’s best friends, Luis Buñuel and Man Ray walk in!

Your problem is a rhinocerous!

This stuff is terrific! Despite some similarities to Goldstein’s book, Allen’s film is certainly a love story. It is a romantic adventure for the protagonist, who casts off the expectations of society to pursue his own dream. Paris in the rain. And to follow one’s dream, is to find true love… or so the story goes.

When I was reading The Dream Years I couldn’t help noticing that there were some really hard to explain common threads with Midnight in Paris. Is there any direct connection? Who knows! But interesting all the same, and even more interesting if they occurred by accident. Stranger things have happened. 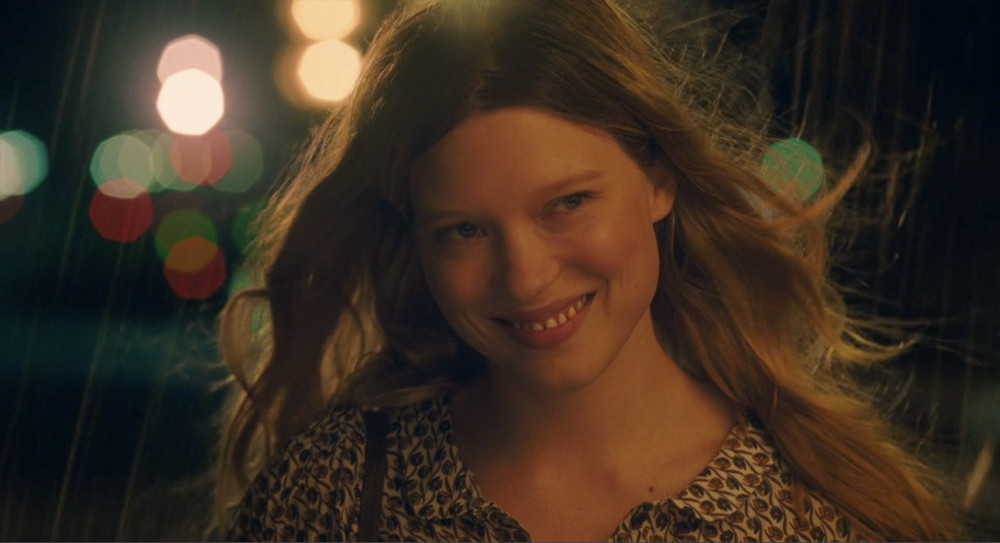 Paris in the rain