The new biography of Joanna Russ by Gwyneth Jones is a marvel. Published in the Modern Masters of Science Fiction Series from the University of Illinois Press, this book provides a timely and thorough re-evalutaion of the Russ’ life. This is a critical biography centered on a close reading of the author’s works. If you enjoy a clear and concise companion, eager to discuss everything and anything that Russ wrote, you are going to love this book!

For me, I knew that Jone’s approach was going to work from the opening pages. After a proleptic tour through Joanna’s childhood in New York, Jones plunges into a review of the early writing, including some material new to me, such as her experience in her sophomore writing class at Cornell. Jones presages this anecdote with her own analysis of the young writer’s state of mind:

This pairing of Jones’ commentary with Joanna’s personal insights on her own work continues throughout the rest of the book. Though you might wonder about some of Jones’ assumptions – did Russ need to surpass her father and avenge her mother? – you will find, through a patient accumulation of facts and citations, that Jones has done a remarkable job of keeping her cool. After all, navigating the explosive career of Joanna Russ, who experienced a host of challenges and personal problems, not to mention ‘cures’ such as electro-shock therapy, is like running through a mine-field.

In her evaluation of the early stories, Jones provides insightful summaries of the main characters and their motivations, then leads into longer sections on the works that she finds deserve more attention. I very much liked this style. So in the first chapter, we are brought skipping through Russ’ first published story “Nor Custom Stale,” and others published in the early 1960s up to the more important Alyx series.

“Picnic on Paradise” is given a longer consideration, and the conclusion is saved for “The Second Inquisition.” Maybe it’s my own taste or bias, but I would have done exactly the same thing! In my view “The Second Inquisition” is the most important story in the Alyx series. The bold, tall, somewhat alien time-traveling heroine walks all over conventional expectations of her ‘host’ family and draws a girl (is it her own past self?) out of self-imprisonment into a state of consciousness. It’s a brilliant story. But that’s my take on it.

Jones does a great service to Russ by trying to understand her as a multi-dimensional woman, with a career, with a conscience, with a volcanic anger, who also happens to be expressing herself through science fiction.

In the summary of “In a Furniture Store” she notes that: “Joanna used autobiographical material ruthlessly throughout her carreer and with great effect: this story could be the record of an actual day in the life of her wilderness years, intensified by the skewed angles and strange shadows of a contemporary Hitchcock movie. What the narrator tells us is not the ‘literal’ truth but the truth of a rather terrifying state of mind.” Yes, ruthlessly is the right word to use here.

Delving into the thoughts of her subject at every turn, Jones’ scholarship helps to illuminate Russ for us on page after page. Here, in a 1975 interview, Russ describes the moment when she finally broke through her inhibitions and began to write the Alyx stories:

Jones provides all sorts juicy quotes and details, interspersed with her commentaries on Russ’ essays, reviews, and fiction. She even provides links to online sources, when avialable.

My first encounter with the writing of Joanna Russ is clearly etched into my mind. It arrived in the mail when I joined the Science Fiction Book Club in the mid-1970s and received my first package of books. One of them was Again Dangerous Visions, edited by Harlan Ellison.

There were two stories by women in that volume that completely blew my mind. One of them was the last story in the volume, The Milk of Paradise, by James Tiptree, Jr. Harlan Ellison himself did not know that Tiptree was the pseudonym of Alice B. Sheldon at that time, but damn, that was a great story!

And the Russ story, When It Changed, also captured my attention. I read it over and over. The calm, perfect tone of the story belied the brass-knuckle punch to the jaw that it delivered. I just loved that writing! Who the heck was Joanna Russ? Gwyneth Jones (citing Gary K. Wolfe’s Alyx Among the Genres) helps to fill in the picture about the writing of this particular story: “Cornell legend has it that Joanna Russ wrote When it Changed soon after she became consciously radicalized at the conference on women hosted by the university in January 1969, and attended by Betty Friedan and other prominent feminist thinkers.”

Although Jones does not elaborate on this particular conference, she dedicates a portion of Chapter Four, The Secret Feminist Cabal, to the Khatru Symposium of 1974. Organized by the fan, Jeffrey D. Smith, this symposium “brought together a group of writers (plus one fan and one agent) to discuss the issue of Women in Science Fiction. The participants were Suzy Charnas, Samuel Delany, Virginia Kidd, Ursula K. LeGuin, Vonda MacIntyre, Raylyn Moore, Joanna Russ, James Tiptree Jr., Louise White, and Kate Wilhelm. The discussion swiftly left the confines of genre and … debated, raged, and agonized over sex roles, gender roles, literature, violence and rape.”

If you take note of the participants in this 1974 symposium, you will see that quite a few authors were either engaged in, or would soon be engaged in, literary and feminist arguments that carried on for many years. In the subesquent chapters, Jones unravels many of these threads and provides insight into the ways that the debates raging in Russ’ life were consciously transformed into the themes, plots and characters of her stories.

For anyone enticed by the idea of a detailed journey through the works of Joanna Russ, you will want to grab a copy of Gwyneth Jones book and to follow the trails down many rabbit holes that she has diligently uncovered. This is a valuable and nicely crafted work. 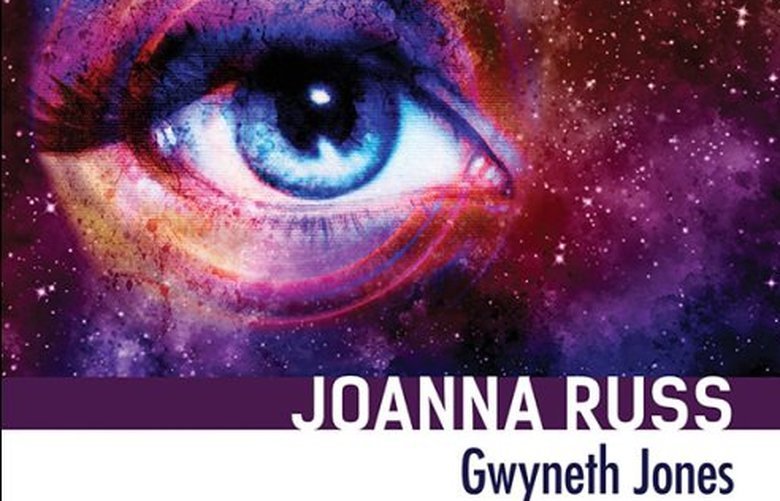