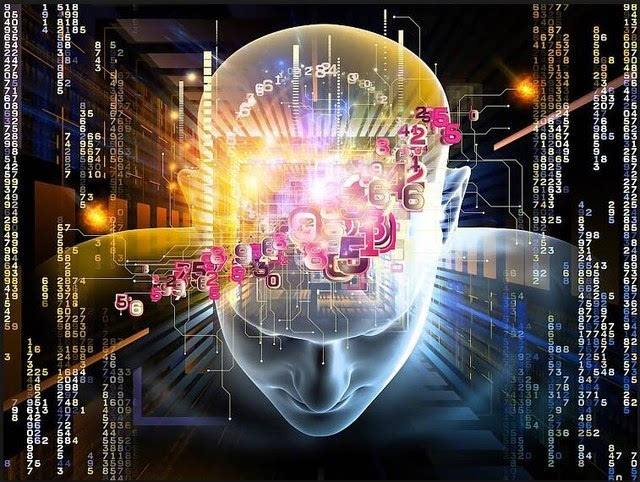 For those wondering about the booming science fiction scene in the People’s Republic of China, you might be curious to know some background information about the Science and Fantasy Growth Foundation SFG, which established the Morning Star and Jinkang Award in 2015. 1

Crystal Huff (a well known con-runner in SF fandom) told me about SFG when she got involved with helping them to organize their annual conferences. Altogether three conferences have been held: in Beijing (2016), Chengdu (2017), and Shenzhen (2018).

In the report, Prof. Wu provided some numbers to show the value of science fiction media in the Chinese marketplace, with an emphasis on the potential for growth of domestically produced books, comics, television shows and films. In this sense, it is clear that there is a commercial interest, and a bubbling excitement in the SF related media industries of China today. 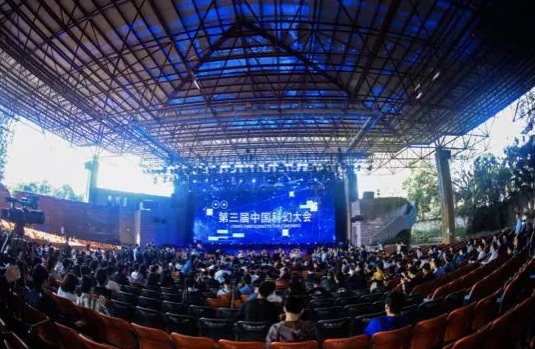 With the fourth annual conference scheduled to take place very soon in Beijing Nov 2019, I thought I would delve a little deeper into the conference and the organization behind it.

The 2019 conference will, for the first time, include participants from outside of China. These include Andrei Heim, Kevin Anderson, Leonard Mondrino, Mary Robinette Kowal, and Neil Clarke.

Organizationally, I get the impression that this has a professional team, strategizing about how to capitalize on the popularity of science fiction in China today, and that they are looking for not only ideas, but actual talent. This is quite a stark contrast to the SF cons in the United States, which are primarily fan driven events, with panels, interviews, performances, and workshops that are proposed to committees and then voted upon. Not that the process is democratic – since obviously there is a tendency for cliquishness among the SMOFS – but nonetheless, American SF cons are hit or miss with their content, subject to the whims of the organizers, the schedules of the participants, and the changing tides of SFnal interests from year to year.

And that’s a good thing! I can’t remember a U.S. con that has the goal-oriented approach of the Chinese SF cons. It’s almost as if the SFG and Melon Cons are venture capital idea forums, with a science-fictional veneer.

But I could be wrong! The participation of Neil Clarke (of Clarkesworld) in this year’s SFG con, is extremely encouraging. Because Neil is both an actifan and very truthful, he can be relied upon for a reasonable review of the event. And Neil has the perspective of his successful collaboration with Science Fiction World (科幻世界). That organization, despite its own internal flip-flops, administers the Chinese Galaxy Awards 银河奖) and also has held the longest running national SF con in Chengdu

As for the organization behind the event, it doesn’t take long to find out that they have some very heavy hitters involved.

The first person mentioned in their Founders profiles is the “Science Chair,” He Zhibin, who began working for the Automation Research division of the Chinese Academy of Sciences in 1962, and was directly involved in the projects that became known as ‘Two bombs one satellite [两弹一星].’ 3 This means that Dr. He was part of the early development of not only China’s first atomic bomb detonation (1964), but also the first guided missile launch (1966) and the first satellite launch (1970). Later, Dr. He worked as the technical team leader during the set up Wenchuan Space Launch Center on Hainan Island, and was the founding director of Hainan Aerospace Corporation. In short, He Zhibin represents about as deep into the aerospace establishment as you can get. In the States, this would be the equivelant of Gene Kranz, Flight Director at NASA, setting up a science fiction society. 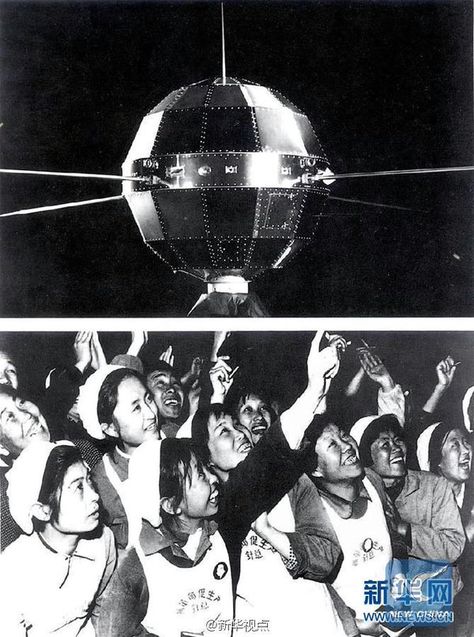 Also on the list of founders is the “Science Fiction Chair,” Wang Jinkang 王晋康, a scientist and perennial winner of the Galaxy Award for Science Fiction, China’s premiere award in the field. Wang’s fiction is realistic, gritty, and combines bleak futures with hard science and popular readability. Having won so many awards, beginning in 1993 and continuing to recent years, it is evident that Wang’s work is acceptable and mainstream as far as the political winds are concerned.

Serving as Technology Chair is Cheng Xiaohua 成晓华, co-founder of Netac, which filed the first patent on flash drive technology. Cheng claims to have invented the “U-disk,” or the first compact flash storage for USB, which Netac attempted to patent in 1999. However, the product was not released, and the patent not issued until 2002.

Since IBM had already released their USB flash drive in 2000, there has been some controversy surrounding the Netac patent. Many companies have requested that the patent be invalidated, being based on the 1997 USB system architecture. 4 Needless to say, Netac has prospered into a tech giant with more than 300 patents, and Cheng can only be seen as a representative of China’s innovation of high tech.

Other members of the SFG show a definite business / government orientation as well:

In summary, I would have to say that my impression of the SFG is that it represents both the growing market for science fiction in the PRC, as well as the quiet involvement of the central government. This seems to be a soft power approach (羁縻), in which the participants are encouraged, and at the same time scrutinized. In the past, when the main proponent of SF in China was Science Fiction World magazine (科幻世界), the field was considered juvenile, marginal, and unimportant. Science fiction was viewed in the same vein as UFOlogy, and a lame offshoot of the martial arts romance (武侠小说). But today, as the science fiction and superhero blockbuster movies from Hollywood earn billions, it became clear that China had a stake in its own domestic science fiction market.

On the one hand, Wu Yan’s quanitification of this in the 2018 industry report shows the pure business aspect of the potential for SF in China. However, the cultural context of a burgeoning SF market should be considered in the context of Chinese society as a whole.

Ken Liu made a very important observation in his comments about the reality of a society in rapid trainsition: “The anxiety of careening out of balance, of being torn by parts moving too fast and too slow, is felt everywhere. While entrepreneurs, researchers, and megacorps in Beijing and Shanghai are pushing the boundaries of advanced technology … at rates sometimes far ahead of the west, just a few hundred miles away, children left behind in rural villages by parents who have gone to the great cities in search of low-wage jobs grow up on bare concrete floors without toys, without books, without basic nutrition, without even the support of crumbling traditional extended families and folk beliefs.” 5

In this sense, China may indeed prove to be one of the most exciting places for another wave of science fiction to be formed.