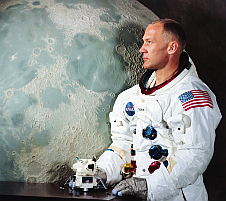 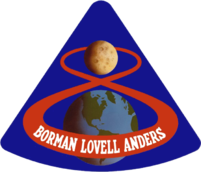 Did SF become irrelevant after the Apollo 11 moon landing in 1969? This panel explored the relationship between the Apollo program and SF, and the ways in which SF did or didn’t live up to its visionary potentials after manned space flight became a reality. Paul De Fillippo kicked things off by asking to what extent SF inspired the space program? And to what extent did the eventual breakdown of the manned space program affect SF?

Karl Frederick (retired NASA physicist and SF author) remarked that one of the most famous examples of SF directly influencing the space program was Fritz Lang’s 1929 classic film “_Woman in the Moon_,” in which the countdown to launch sequence was used for the first time. For his rocketship and launch visuals, Lang relied on the German rocketry pioneer Hermann Oberth, and created an SF visualization of the rocket design proposed in Oberth’s 1923 book Rocket into Interplanetary Space [Die Rakete zu den Planetenräumen]. Therefore, it was actually a fictional launch sequence that became the paradigm for the real thing.

Allen Steele pointed out that once the space program became a reality, the cognitive dissonance between SFnal and actual scenarios began to shift readers’ expectations for SF. “When I read Rocket Ship Galileo in the 4th grade,” said Steele, “I could see right away that the Apollo program had to be different, because we sure as hell weren’t going to be landing on the moon to fight Nazis anymore. After we really did reach the moon, the mismatch between reality and visions of SF became one of timing, or degrees of technological change. For some people, when we didn’t get to see Arthur C. Clarke’s vision of lunar bases by the year 2001, somehow this was an indication that NASA had failed, or that we (SF writers) had failed. I was dealing with these factors for my book Tranquility Alternative, an alternate history of lunar exploration.”

“Actually, Apollo was a sort of Manhattan project,” Frederick pointed out. “Apollo was a crash project of national interest. There is no way we could sustain that level of investment.”

“We couldn’t sustain it, unless the Russians did,” added Michael J. Daly. Daly went on to say that maybe Star Trek took our imagination too far into galactic space, so that the moon lost its cachet.

Frederick: “There’s a deeper question: did society co-opt the future from sf?” By this Frederick meant, presumably, that the national security interests and geopolitics of the space program, by making manifest the rockets, launches and visions of space formerly in the exclusive domain of SF writers’ imaginations, had stolen their thunder. However, the conversation took sudden plunge in a different direction, when Di Fillppo asked for Barry Malzberg’s view.

Malzberg said: “I’m sitting here thinking about what I wanted this panel to be, and what it isn’t being. Malcolm Cowley wrote about the issues that were so vital to his generation being swept away… to vanish forever. And I feel the same way right now. To me the issues that seemed so burningly clear to me at the time of the Apollo landing, might be in a different language from what I am hearing. First of all, if we are looking at the manned space program as some kind of progress or achievement then we have it all backwards, because Apollo was clearly doomed! Even by Apollo 8 we could see this. The whole purpose of the Apollo program was to distract the national attention from endless failure happening in Vietnam. As long as the so-called ‘national interest’ was about maintaining the illusion of American military supremacy, then it was imperative to keep Apollo going. But you could see that it was doomed and going nowhere if you paid attention. Finally, as the war wound down in humiliation and defeat, Apollo was abandoned. But I knew that Apollo was cooked early on. For example, during Apollo 8 - Borman’s mission of Dec 1968 - when they were reading Bible passages while orbiting the moon, it became obvious to me that this was neither science nor military supremacy, but propaganda. This was a message to citizens, to reprove them, to tell them to love God, to get with the program of patriotism and stop protesting the war.”

Steele didn’t agree that NASA was responsible for sending that message. “It was Borman’s idea. There were others in NASA who didn’t want to do that Bible reading business and were afraid of social backlash. I believe Borman did it on his own initiative. Of course, there have been other controversies, such as whether Neil Armstrong came up with his famous quote, and his famous mistake.” That was a reference to Armstrong’s proclamation as the first human to reach the surface of the moon: That’s one small step for (a) man; one giant leap for mankind.

Paul Di Fillippo: “Prior to Sputnik, SF was largely about space exploration. After Sputnik we had the reality of a space program, so SF had to be attendent to that reality. But there was little if any commentary inside of SF about the meaning of space program and its technological implications within our societies, and the reflection of how society was being transformed by those new realities. The only works in the 60s that were cognizant of this impact at that time were Malzberg’s and Ballard’s. Generally speaking, we had boosterism, like Niven’s space opera as engineering…SF defaulted on its duty by not being critically aware of the effects of the space program.”

Malzberg: “Only Ballard and I were taking on these issues. In Engines of the Night, I pointed out that there was no SF writer who saw the moon landing as a billion-viewer commercially televised event. This point matters to me, because SF cannot be just predictive but visionary.” By this Malzberg was perhaps referring to the classic 2nd chapter of Engines of the Night, L’Etat c’est moi, in which he describes how his 400 word criticism of the NASA Borman mission that was published in the Bulletin of SFWA got him swiftly tossed to the curb. “Where did I get off knocking NASA and the government, the President and Borman, the church and Bible for heaven’s sake, just when the Apollo project, and the enormous attention it garnered were on the verge of making SF an acceptable pursuit?”

Malzberg went on : “The first crash in the field of SF was post-sputnik when the magazines collapsed, which you can partially blame on the distributors. But you can’t blame it all on the distributors. What really happened at the same time is that when people who were newly attracted to the field at the dawn of the space race went to the newstands, what did they find? A bunch of insipid magazines full of stuff like a Randall Garrett story about ducks in orbit. These people, a huge new potential readership for SF, fled in droves. The field only recoverd in the mid-sixties due to New Worlds, Ballard, and the influence of the new wave. What infuriated me back in 1969 - and also at this moment! - is that SF doesn’t really take an adequate account of itself and its role as a visionary literature.”

Malzberg: “Basically, after Sputnik and before New Worlds, SF did not refract the reality of the world we lived in. Ballard was writing about the population in post-Hiroshima world. But if we look at Apollo, it was essentially in a recession, even as it seemed to be in the process of being born. Nobody was getting that.”

Karl Frederick: “Thinking back to that time, it seems to me that the space program broke away from SFnal themes, and aligned itself with the examination of moon dust. At the same time, perhaps the effect on SF was to turn it in the direction of engineering and science. By the time of the moon landing SF handed off the ideas to the scientists.”

Di Fillippo: “There is the hooked-in, refractive SF which must be au courant and able to serve as a lens for the zeitgeist. Barry is saying that there was a lack of SF of that kind during that time.”

Steele: “Barry is correct to point out that one of the misunderstood ideas about SF is that it is supposed to be about the future. But that’s not true. SF is not just predictive, it can be visionary.”

Di Fillippo: “Then there are Willie Barton’s recent stories set in the 60s, that shows SF’s guilty conscience about not having adequately pondered these problems back then. Some of the recent John Varley books express the same sub-conscious sense of guilt about SF not examining space exploration well the first time around.”

Malzberg: “The fact is that NASA and Nixon were out to make sure that all the romance would be drained from the space program. They were investing to drain the mystery and power from it, and wanted it to project the image of self-assurance, power. If anything went wrong…”

Frederick: “Nixon’s paranoia about risk caused the shift from exploration to worry about the image of the program. Nixon was absolutely terrified about safety, not for the astronauts involved, but for the image that an accident would have created around the world.”

Malzberg: “Well, even before Nixon, back in the Kennedy administration, after the Bay of Pigs, they immediately announced we’ll go the moon! What was it about? To change the subject immediately… for distraction. But the problem later on for Nixon was not only to distract from Vietname, but that if there was a disaster, the damage to the image of the US would be irrepairable.”

Di Fillippo: “At another panel about the manned space program that I was on, all of us came to the realization that Apollo, no matter how it went wrong in the end, was remembered as a shining moment in history. Many in the audience, who weren’t even alive at the time of the landings, still knew of the Apollo program and preserved the idea of mankind exploring outer space as a kind of talismanic achievement.”