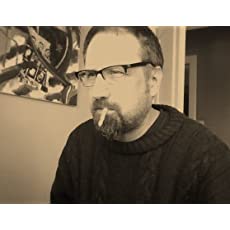 Join us for a podcast on Seb Doubinsky’s novel in the City-States cycle: The Invisible (August 2020, Meerkat Press).

go to the PODCAST

In Seb Doubinsky’s speculative fiction, the world is separated into competing city-states, each of which has it’s own delusions about social order while at the same time failing to address their own endemic forms of corruption.

The protagonist of The Invisible, Ratner, is the top police officer in the city of New Babylon where a surge of hallucinogenic drugs is sweeping the streets. The origins and purposes of the drug, called Synth, are occulted by the secretive sub-cultures that draw Ratner deeper into their mysterious raves.

Touching on mind-altering drugs, music, and fighting political corruption, Doubinsky talks about the ideas and inspiration behind his cozy wierd novel.