With Phoenix Lander scooping ice cubes and sand castles from the polar beach of Mars, it seems that planetary geology is becoming popular. Images from the Messenger fly-by of six months ago are now being recycled through the news media, showing vulcanism on the surface of Mercury. Even the New York Times gets into the act, featuring articles on Moon rocks and lunar soil chemisty. However, these are just the latest pages in a long story, and can’t really compare to the excitement of the planetary geology craze that erupted during the time of the Apollo missions. Back in those days of the late 60s and early 70s, the first samples were carried back from the Moon, and whisked under armed guard to the Institute of Meteoritics at the University of New Mexico.

Luckily for me, my father became friends with the Institute’s Senior Research Scientist, Marty Prinz, who was one of the leading geologists working on Moon rocks when they first arrived to planet Earth. In recent years, I was sure that a Wikipedia page or other resource would provide a biography of Marty. After all, how many geologists have an asteroid named after them?

But strangely enough there is hardly a mention of him outside of the literature on spinels, llmenites, and electron microprobe analyses of Apollo lunar samples. So let me tell you a little bit about the wonderful Prinz family…

Marty was actually one of the most wordly and widely read people you can imagine. His bookshelf was no more dominated by books on geology and science, than any other kind of literature, ranging from the classical to the modern, from the serious and abstruse to the purely absurd. Vicky Prinz, Marty’s wife at the time, was equally gregarious. They were among the few people who could keep my father spinning and diving for cover during a dinner conversation. Of course, being the tender age of 12 or 13 years old at the time, I was mostly interested in playing with the Prinz’ children: Martha, Will and Michael. Say, if any of you three run across this article, drop me an email! We should put together a proper Wikipedia page.

But here is something you will not find out anywhere else: when I left New Mexico to go to college, I got a one-way ticket from Albuquerque to New York City. By that time, Marty Prinz had taken the job as curator of the Mineral collection of the American Museum of Natural History. Since he was probably the only person my family knew in Manhattan, he was asked to pick me up at the airport and escort me over to Columbia College. Well, Marty showed up in his Volkswagen van and swept me over the Triborough Bridge. In practically no time we were heading West along East 97th Street towards the Transverse Road that cuts through Central Park. While we were waiting for a stop light, being the first car behind the crosswalk, I was amazed to discover that the host of Masterpiece Theatre, no less than Alaister Cooke himself, was walking right in front of our car!

“Yeah, so it appears,” said Marty and then proceeded to honk his horn and wave his arm in a menacing circle out of the driver’s window. Cooke scampered across the street with a terrified look in his eyes. The light had turned green while Cooke was in the crosswalk, and Marty stepped on the gas barely before the 70 year old had cleared our front bumper. Suddenly, the reality of being in New York City dawned on me in that little encounter…you might be a celebrity, you might be the bloody host of Masterpiece Theatre, but when you come to the big city, get the hell outta the way when the light turns green, okay buddy!

Needless to say, when Marty subsequently dumped me without ceremony on the corner of Broadway and 114th Street and then drove off immediately I had my own breathless taste of coping in a hurry. After that, Marty & I met occasionally for a chat over some Chinese food at Hunan Garden, or at the Museum where he showed me - with very uncharacteristic amount of trust, I always thought - the elaborate alarm system that he had installed to protect the amazing minerals collection, which included nothing less than the shimmering Star of India Sapphire.

Marty Prinz was always witty, sometimes irascible, and fond of bitingly humorous ripostes. Although he passed away in 2000, Marty’s Guide to Rocks and Minerals (edited with George Harlow and Joseph Peters) is still in print and considered the standard book on the subject. So as we turn once again to the craze in Moon rocks and harvesting the dust of nearby planets, let’s raise a toast to one of the pioneers in that field… ad astra, Marty! 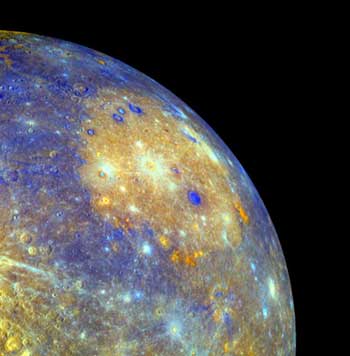