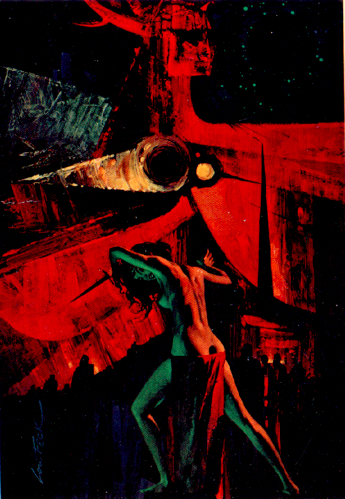 At first glance the dark palettes and almost monochrome scenes painted by Lou Feck seem rather low key. Compared to the startling palettes of his contemporaries in the late 1960s and early 1970s, you’d think that Feck was either taking a lot of downers or painting with deliberate understatement. Yet the more I look at his cover paintings, the more I am convinced that Feck was using a masterful and subtle style. 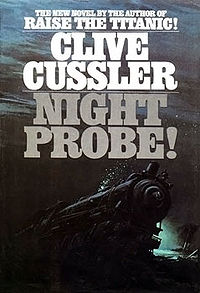 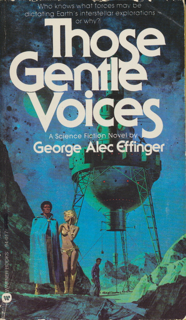 When you look at the cover of Night Probe, for example, you almost have no idea what is going on. Yet the artist has provided just enough detail to hint at the submarine placement of the train, a few bubbles drifting up from the dark hulk of the locomotive towards an indistinct surface. By contrast, the painting for These Gentle Voices almost leaps out, with it’s vivid green hills against a looming blue sky. The woman’s figure rendered with a few economical brush strokes, and the draping of the blue cloak with a tossed off shadow at the elbows and wrists reveals the amazing effects that Feck could effortlessly produce. 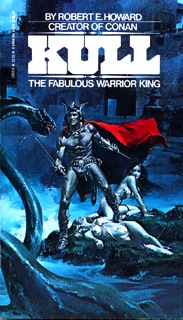 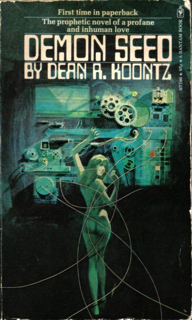 On the cover for Kull, Feck shatters his cobalt blue monochrome with the blunt-edged red cape…toro! While Demon Seed draws our eyes to the figure through a gossamer tangle of computer cables. 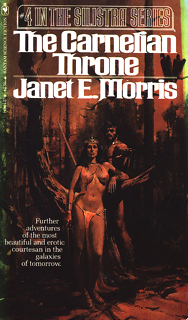 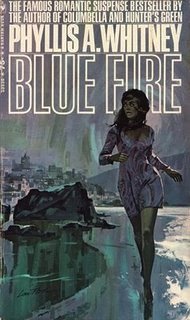 Nearly invisible in shadow, the sword in the right hand of the woman warrior on the cover of The Carnelian Throne, means business! She is not whirling it around in some useless melodramatic flourish, with sparkling reflections flashing off the steel blade…no, she is looking pretty confident there in that fascinating copper-ambergris monochrome. In Blue Fire the painting manages to look icy and shadowy, despite Feck’s use of large vertical stripes of luminscent green and blue! 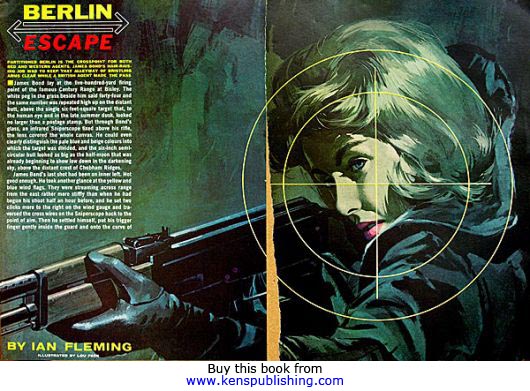 The muted colors in the Berlin Escape illustration, are perfectly tuned…the soft hues of the markswoman’s perfect hair and lipstick reveal Feck’s self-control. Who wouldn’t have wanted to boost up that red just a tiny bit?

Finally, one has to marvel at the uncharacteristic blaze of colors seen in Feck’s painting for The Twelve Maidens (above), which is in keeping with the subject matter of the book: witchcraft and black magic. The passion and frenzy of the Wiccan ritual is expressed in both the evocative pose of the acolyte and the eerie abstract figures looming out of the darkness.

Except for the nice article in Vincent DiFate’s Infinite Worlds, I’ve found hardly any other solid info on Feck. Anyone have any to add?

Makes one look forward to the book from Ken Steacy.