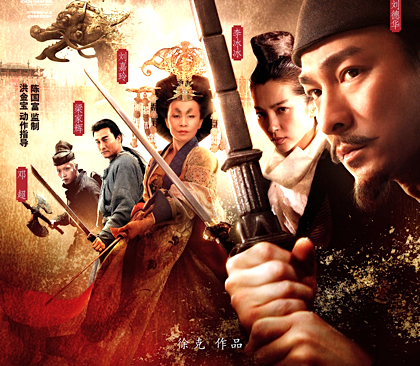 Went to see the new Tsui Hark film “Detective Dee and the Mystery of the Phantom Flame“ [狄仁杰之通天帝国] at one of the downtown shopping centers in Taipei and loved it! 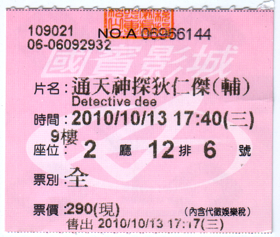 Apparently, the only showing in America so far has been at the Toronto Film Festival in September where it was reviewed as a return to fun for Hark.  I certainly thought it was fun myself, harking back to the crazy wuxia themes that played so well in Chinese Ghost Story [倩女幽魂] __and Green Snake [青蛇].

For those of us who also loved the series of novels fashioned on Judge Dee by Van Gulik, this movie seems to distort the character into a much-larger than life action hero.  Nonetheless, the cinematic style and lavish attention to sets create a fantasy epic very much worth seeing.  The underworld scenery and throwaway characters reminded me of the similar backdrops used in Hellboy II and Pirates of the Caribbean At World’s End Singapore sets, suggesting that Tsui Hark has made a close study of those design ideas and paid homage to them.

Apparently, Hark went to great lengths to research the historical details in the film, which purports to be centered on the Empress Wu Zetian, and this shows in various aspects of the film in terms of staging, sets, costumes, and objects of daily life.  There are, however, some hilarious (perhaps intentional) gaffes, such as the representative of the Caliph who speaks Portuguese (instead of Arabic or Farsi, for example).   [*Note: Portuguese could, conceivably, have been a lingua franca for traders or dimplomats traveling to China, but not in the Tang Dynasty!  That would have to have been centuries later, say in the 16th Century.]

Overall, the lavish details support the riveting action, and there are moments -   when the red cloak of Jing’er flows across the screen during a fight scene and transforms her into a wisp of writhing red smoke, or when the axe-wielding albino Pei Donglai is spiralling through caverns of water and reflected light — that the movie achieves some level of magic.

Check out the trailer:  HERE.  And more clips HERE.

It’s well worth the price of admission, if you can only find a theatre where it is showing. 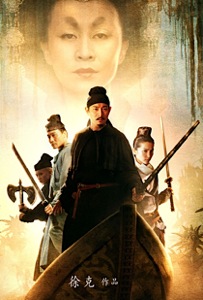 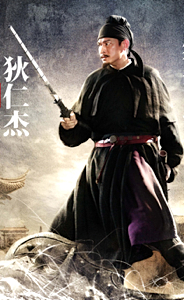 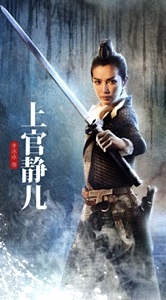 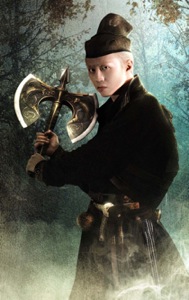 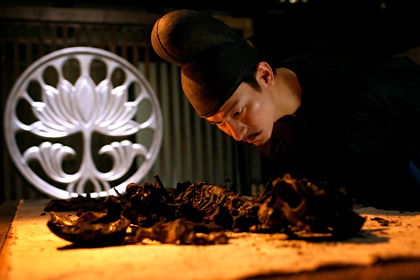