Reading the MOMA Book on Rodchenko, I was struck by Rodchenko’s diary entry about the early aviator Aleksandr Vasiliev. What must a barnstorming demonstration have been like at Kazan in the year 1912? At a time when the world was being transformed by new technology, here was a living vision of speed, of man’s ascent to the skies, of futurism come knocking at the skulls of old consciousness, and the dawning of a new age of man. According to Rodchenko, on Sunday, June 3rd, 1912:

Again, Kazan is all aflutter. There’s dust in the air from the automobiles, carriage drivers, horsecars… Crowds, the streets are full… As though people were out to greet icons… The flight of A. A. Vasiliev… He’s dressed in a white suit and English boots. A white hat, pale face… A genuine Englishman, with an aquiline nose, a jutting chin, a pipe in his teeth… The propellor creaked, and it soared into space, strong, smooth…

And I saw how the cowardly hearts of the viewers beat wildly, and they whispered: ‘Terrifying,’ and everyone thought: ‘What if he falls!’ Everyone wanted you to succeed, but they wanted to see you fall even more. They wanted a spectacle… Two times you flew overheard between the sun, and for a moment it couldn’t be seen in the rays… He landed evenly, smoothly… His hair was in disarray, his face was sweaty, but he was pleased…

How true! As anyone facing the abyss of radical transformation knows, the cowards will hang back and applaud for the hero who tries to save them all by leaping into the unknown, but at they same time they secretly hope to see blood and to have their trepidation vindicated. So what if the adventurer is sweating from the grueling effort of biting the wind behind a spluttering engine, as the wire frame of his machine is creaking and screaming to snap into a million pieces…the scene of his audience with their necks craned below him is a single frozen snapshot taken from a rapid glance out of the cockpit…so what if his brow is beaded with sweat, then? Surely it is a feverish happiness to blaze forward into the unknown! Who would trade that for the clammy sweat of terror ringing the necks of those spectators, as they gasp for breath like fish trying to look up above the surface of their water tanks? 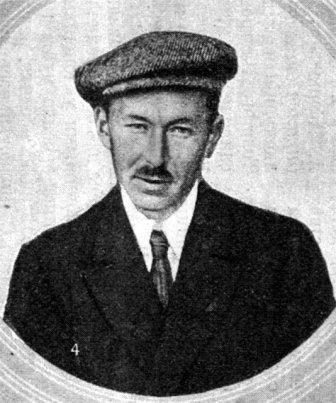 Who was Vasiliev? Now almost unknown, he was the winner of the grueling pioneer aviation race from St. Petersburg to Moscow in 1911. Out of eleven pilots who started, he was the only one to make it all the way to Khodynka Field. Vasiliev went on to set other records, such as flying more than 700 miles in 24 hours. During his barnstorming tour of Russia in 1912, he touched down at Kazan, for the demonstration flight witnessed by Rodchenko, but of course he was only one of several daredevil Russian aviators setting the skies ablaze.

One of the other pioneers was Igor Sikorsky, who developed and built his own planes after rigorous testing in a wind tunnel. Today, we know the name Sikorsky primarily from the various aircraft produced by the company he founded, such as the Sikorsky helicopter. But did you ever imagine the real Sikorsky? Duded up in his leather flying outfit and challenging the heavens, wasn’t he like a mad version of Waldo Pepper, revved up on vodka, some tantalizing Nastasya Filippovna, and fantastic passion for the moment? Well here he is… 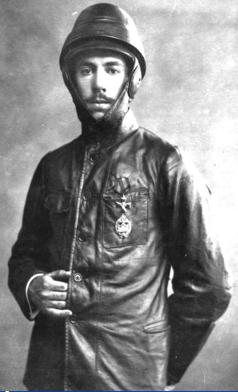 and even moreso, thanks to these oddballs who remind us that the big jumbo airliners we take for granted were once as awe-inspiring as lightning bolts that struck the very gods from the heavens above and brought mankind screaming into the modern age. Let us also thank Rodchenko, and the visionaries who saw the future coming and drank it down with a single gulp! 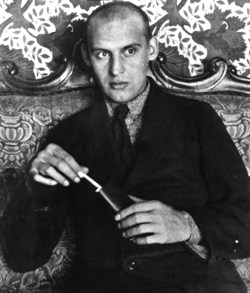 Aerial Russia by B. Roustam-Bek