Mastodon DOWN with art as a means to ESCAPE A LIFE that isn't worth living! | Yunchtime 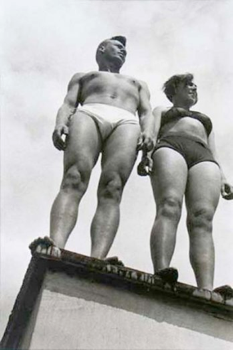 If life is actually lived, awareness begins to unravel the basic mystery of how the human race got this way. Then we begin to wonder, in the words of Mario Vargas Llosa, at what precise moment had humanity fucked itself up? This mystery has everything to do with progress, liberty, and enlightenment. Unfortunately, it also has to do with the forces pitted against those ideals: devolution, slavery, and the dark ages. It is a momentous struggle, a struggle without end.

It occurs to me that there are cyclical moments in the midst of paradigm shifts and revolutions…moments when groups of thinkers, of artists, or workers who have been cast to the dogs by the ancien regime suddenly begin to operate according to new principles for survival.

In those moments, although it is not at all obvious, a heightened level of inventiveness is combined with a complete abandonment of social conventions. It is the molting of old skin and the revival of the human spirit. Only afterwards is the moment precisely known, and in retrospect certain figures are found to be at the center of the storm, leaping and shouting for new direction.

It’s been called creative destruction, though I think that is unfairly negative a term. It is the old status quo that destroys itself, utterly and completely, by greed, corruption, and the madness of power. The pioneers were merely sailing out of the destruction on a raft made of their own vision, and they were actively creating the future. It was their rejection as totally illegitimate the power structures of the past, that allowed them to escape, not their engagement with the past in order to destroy it.

All of this sinks into my mind in a flash, because it was only one century ago that Rodchenko was in the very throes of the futurist - constructivist rebellion, designing the posters, shoes, and tea kettles for Russia reborn. Lenin and the vanguard had not yet gone mad, Stalin was merely a shadow looming up from south, and a young artist could throw himself like a sky-diver from the old schools of art into the embrace of world-changing technologies.

Listen: “A constructive life is the ART of the future. ART which has not entered life will be numbered and handed over to the archaeological museum of Antiquity… The Future doesn’t build monasteries for the Roman Priests, Prophets, and Holy Fools of art. DOWN with Art as a bright patch on the mediocre life of a propertied class. DOWN with art as a precious stone amid the dirty, dark life of the poor man. DOWN with art as a means to ESCAPE A LIFE that isn’t worth living!

LIFE, a conscious and organized life, capable of seeing and constructing, is contemporary art. A person who organizes his life, work, and himself is a contemporary artist.

Work for LIFE, and not for Palaces, Temples, Cemeteries, and Museums. Work in the midst of everyone, for everyone, and with everyone. DOWN with monasteries, ateliers, studios, offices, and islands.“ Rodchenko [22 Feb 1921]

This was written one hundred years ago. Since then, Russia went from horse drawn buggies to sending Gagarin on a rocket around the Earth. And during the short years of my own life, we have gone from the space age to the very edge of singularity. Chernyobl is being submitted as a World Heritage Site for consideration by UNESCO. Is the site of the world’s worst nuclear disasater – a death spot for all eternity – the best we can show for humanity? We need a new way.

I am telling you straight out: TODAY, at this very moment, we are in the midst of a techno-pscyhological revolution as potent as that of the Russian Futurists…but most people are still unaware of what is happening! Newspapers are meaningless anachronisms, automobiles are gas sucking dinosaurs, banks have been stripped naked and shown to be skeletons built on fantasies, while our governments are periodically siezed by gangs of pirates, pederasts, vampires and devils howling at the moon. Doesn’t anyone get it? We are in exactly the same revolution as Rodchenko, and anyone who comprehends the paradigm shift must be obligated to bring everyone else to the other shore. Waiting for us is the next New World, and we only need to swim there!