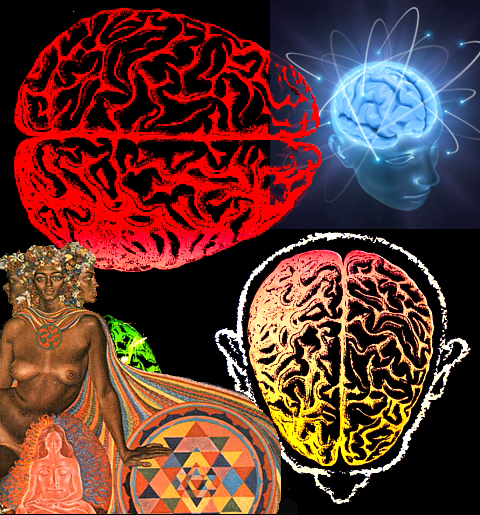 How is it that my brother, Po, marooned out in the wilds of the high desert at Canyon Blanco is first one to tell me about the synthetic brain news?    Here I am, wired up to the ears with wireless routers zapping me and servers buzzing underfoot…only a beer cap toss from a major data center…and as far as I knew I had a unique and unreplaceable hunk of gray matter floating in my skull.   Sure it’s a little frayed around the edges, has its foibles, is a beast when it comes to  cold starts on a winter morning, but still - after all it’s been through - it seemed a right decent old brain, as far as I was concerned.  But now we know that these dweebs over at Blue Brain Project have already concocted a rat’s brain, and are madly tuning their skills to create a human brain within ten years.  BBC Story

Is it just me, or does that seem like it might not work out according to plan?

Couldn’t someone try to do something with the brains that humans already have, for pity’s sake!   What a cantankerous, greedy, swivel-eyed piece of work are these brains that we already have gliding around…  With their ponzi schemes and torture chambers, somehow I’m not sure the human brain is really the best model for us to be striving to emulate.   Why not a dolphin’s brain?  Or maybe leave well enough alone with the rat’s brain.   Which brings to mind the story called “Mouse” that I just finished in Howard Fast’s collection, the General Who Zapped An Angel. 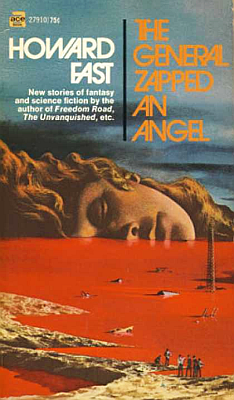 In Mouse, a team of tiny humanoid aliens capture a mouse, perform surgery to enlarge his brain, then use him as a telepathic scout for the missions on planet earth.  The sadness of the unnaturally intelligent mouse, as he learns of the humans who control his native planet, will be nothing compared to what this new synthetic brain will feel when it is brought to consciousness.

Can you imagine?  The screaming terror of being instantiated amidst the backstabbing mess of humankind! This will make the autobiography of a ktistec machine (in Lafferty’s brilliant Arrive at Easterwine) look like a love fest.  Okay, that really was a love fest, bad example!

My bet is that our synthetic brain will  be driven insane by the creatures it was modeled after.  It will not be seen idling at cafes near the beach in Italy, unable to see the saving grace of youth and kindness.  It will not be climbing into the Himalayas in search of secret teachings of mystical masters.  Nor will it be driven to imaginary self-indulgent triumphs, scribbled into notebooks at Starbucks.   Unfortunately, the synthetic brain will either view humans as fuel for its own existence, turning us into that sorry matrix of batteries, or it will perversely desire to enter into human form…like a reverse-engineered singularity, the brain will be out to find a suitable host!   Will he look for the hellion poet, who society condemns to brain removal?  (think: Sean Connery in the movie version of Eliot Baker’s A Fine Madness)   Or will he look for a fine body whose current brain is just collateral damage?  (think:  Rock Hudson in Seconds)

Sure, I’d like to think of our great synthetic brain as a fine a wonderful being, someone to play chess with and talk about Clifford Simak novels.   But somehow, judging by the sort of egotistical fools who will invent him, together with the maniacal bastards who are presently at the controls of human society…I have my doubts as to how this is going to turn out.

Will I turn my brain in for a new model in ten years?   Naa.  Just flush it out with some hot pu-erh tea and it’s good to go for another couple of decades… 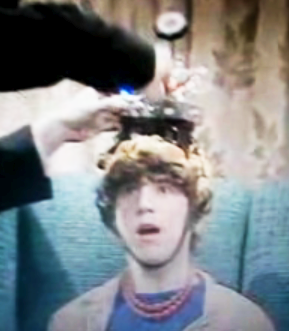