Mastodon Readercon 2009: Novels You Write vs. Novels You Talk About In Bars | Yunchtime 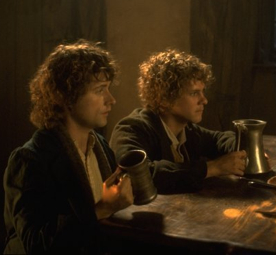 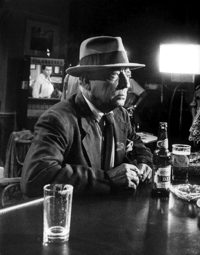 This panel included Barry Malzberg, Allen Steele, James Morrow, and Rick Wilber. Rachel Pollack was scheduled to appear, but nobody seemed to know where she was. By way of introduction, Rick Wilber had prepared some sort of pseudo-clever analogy about the panelists, saying that they were at different places along the timeline. Wilber said that Allen Steele, having already published 15 novels was someplace near mid-career, and that James Morrow was “settled” into a successful career with a number of major achievements under his belt. Then Wilber introduced Barry Malzberg, with his long and distinguished career, as “still active in the field…” Somehow you could sense the fumble on that last note, which provoked Malzberg to pounce into action:

“What a euphemism!” he roared. “Just say it: I’m an ancient writer, a washed up writer! Remember when Tom Disch said we’re all just ‘robots wired for sound?’ Well you can just go ahead and say a corpse wired for sound.”

This banter was followed by a long description from Allen Steele about the story arcs of his novels. Presumably this was an example of the stories that he does write. If you want to know about that, you can find out everything you need to know over at Allen’s website.

James Morrow chimed in to say that his published fiction has been said to be more like late night bull sessions at a ratskeller in college than anything else, so he wasn’t sure where to draw the line between the novels he does write and ones he talks about in bars. Since he doesn’t actually do much hanging around in bars either, he spoke about a novel idea that he planned and outlined, but never committed to paper. The idea came about when he got hired to help develop a curriculum for a college course on the appreciation of Tolkien. Under the circumstances he actually had to pick up the Lord of the Rings trilogy and read it. Morrow found that he was pleasantly surprised by the thematic subtleties and sophistication of Tolkien’s work. At that point, he decided to write his own epic fantasy trilogy. First Morrow read a brief synopsis of the plot, and then he concluded with the question: what if the major thrust of an epic fantasy, instead of questing after some sort of magic charm or talisman, what if the object of the quest was entirely in the realm of epistemology, and a quest for knowledge itself. Not the sort of fantastic “magical” knowledge by one which gains the power to resolve conflicts or terrorize the world, but an exploration into the propositional knowledge and the meaning of knowing.

Morrow’s stunning excursion into the airy realm of the conceptual was hilariously brought back to sordid earth by Barry Malzberg, who proclaimed that there was nothing much to say about the books that he did write, because he was just a hack, cranking out words for money. For Malzberg, a book was just 4 to 6 weeks of work, after which an editor forked over several thousand bucks, and that was it. Malzberg summed up his writing career with a quote along the lines of: “He had no challenge, and no ambition. Nothing would defeat him, except talent.”

The only thing that Malzberg never wrote but wished he had, was about a world in which mainstream and SF writers cross paths. He wanted to write about a bitter struggle between Eudora Welty and Judith Merrill trying to sell stories to the same editor in New York, against a background which was a hybrid of artiste cliques and slan shacks. Malzberg said that he did do a single story in this vein (“_Another Goddamned Showboat_”) about Ernest Hemingway, sitting on the riviera and fulminating because he couldn’t sell a story to John Campbell, while that smart-ass kid, Asimov was getting published month after month. (For more on this topic see Malzberg’s article: _Across the Gates_, Apr 2009).

Although Malzberg wished he had done more with that idea, he said that there are stories that shoud definitely have stayed in the bar. The one he singled out in particular was Norman Spinrad’s _The Iron Dream_. “It’s a great idea at 2am in the bar,” said Malzberg, “but when you wake up the next day you should shake your head and realize its a bad idea after all.”

Picking up the thread, Allen Steele said that he always wanted to do a novel about the history of SF, loosely based on the plot of Citizen Kane. But instead of being a publishing magnate, the protagonist would be the 4th greatest SF writer of world: Nathaniel Arkright. When Steele pitched the idea to editors, they invariably said to him: “this is a great idea, I’d like to read it, but I won’t publish it.”

James Morrow proposed that another option to actually writing novels that should have stayed in the beer glass is to write reviews of imaginary novels, as Jose Luis Borges and Stanislaw Lem have done so successfully. As Borges himself wrote:

“The composition of vast books is a laborious and impoverishing extravagance. To go on for five hundred pages developing an idea whose perfect oral exposition is possible in a few minutes! A better course of procedure is to pretend that these books already exist, and then to offer a resume, a commentary . . . More reasonable, more inept, more indolent, I have preferred to write notes upon imaginary books.” Prologue to the Garden of Forking Paths, Ficciones. (See also this study of Borges’ imaginary novels.)

Morrow pointed to Lem’s “Perfect Vacuum” for an example, where Lem invented a psuedo epic about the tale of Gilgamesh. Lem’s fake epic was a demented variation James Joyce’s technique for Ulysses. On the other hand, said Morrow, there are premises that sound terrible, but sometimes you should just go ahead and do it anyway. “I’ve always believed in the virtues of a bad premise, and that if you can only domesticate it, retrofit it, it will spring to life and achieve unexpected results.“ Morrow cited examples from the personal papers and notes left behind by famous novelists, such as Herman Melville, indicating that their greatest works surprised them by being successful.

Malzberg countered: “I got done what I needed to do. But you have to realize that I was entering at such a low profile… I was literally under the radar. I wrote books in five weeks for $3000. Who cared? I don’t even know if I cared. The upside is that I had absolute freedom. If nobody cared what I wrote, I could do absolutely anything. In fact, the 70s wasn’t such a bad period, if you could live with humiliation.“