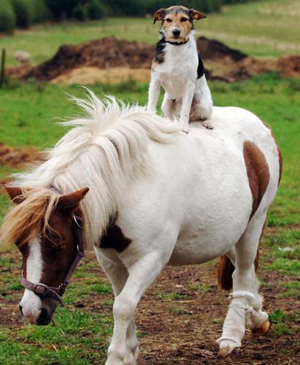 This panel featured Jeanne Cavelos , Joy Marchand , David Nurenberg , Allan Steele and GOH Gardner Dozois , who discussed the relationship between writer and editor in the SF field and how the situation has changed.

In their opening remarks, Cavelos related her experience as a senior editor in New York, where she found that the interest editors take in nurturing new authors from unknowns into big names has fallen victim to the push for blockbusters. Today, if an editor is not advocating for a bestseller to the senior editors, to her peers, to the sales division, to the assistant editors and designers she’ll be out of a job. Allen Steele pointed out that short fiction editors still manage to read the submissions they find interesting, and they’ll take the time to send comments back to the author or ask for changes. “Short fiction editors still edit,” said Dozois, “ but at the major publishing houses, who’s in charge? In fact, it’s the sales people who end up canceling book deals.” Nurenberg emphasized how incredibly valuable the feedback he received from games publisher White Wolf was to his career, “like water to a drowning man…“ As that analogy didn’t make much sense, he said, “I mean to a thirsty.” Somehow the object of the verb got lost, but we get the idea!

Allen Steele, said that today is probably the absolutely worst time ever to enter the market as a new author: the markets are drying up for short fiction, and competition for novel slots at the publishing houses is fierce. Then, perhaps just to contradict himself, a few minutes later he said that “in some ways new writers might have the advantage of novelty, because at least the editors are ambitious enough to want to find the next Neil Gaiman. But the established writer, with fifteen novels under their belt, is already pigeon-holed and has lost the novelty appeal.”

Joy Marchand, who has edited for Shimmer Magazine (speculative fiction for a miscreant world) said that the small publishers will actually sift through the mountain of rejects from major publishers, looking for that one story that could be fabulous. “One the other hand, it’s true that you should start at the top — the best publisher in the field — then work your way down. You’ll find that there’s definitely a tier system of editorial engagement,” said Marchand, “at the top, where the majors are only interested in sales track records, you’ll get an immediate no thank you letter. In the middle, you might get a sale, but on the condition of some changes, so at least you know that your submission got read. At the bottom of the food chain, with the independent publishers and zines, you can find an editor who is willing to help you build a story up into a publishable form.”

Remembering his first story sold to Asimov’s SF, Steele said, “When Gardner told me he would buy ‘Live from Mars Hotel,’ he wanted me to cut it down from 30 pages to 20 pages. At first it seemed like a real chore to chop one third of the whole narrative out, but as I went through it, I realized that I could really boil it down into the core of the story. So his input helped me in the long run. Whether you’re a novice or a pro, you should have a friendly relationship with your editor. It’s not an arm-wrestling match. So don’t focus so much on what the editor says and keep in mind that you’re writing to the audience of the magazine, not to the editor.”

“And when the editor does ask for changes,” Dozois added, “don’t automatically accept them. It’s your story, and if the editor tells you to change a certain character into a pony, but you really don’t want to do that, then sell it somewhere else.”

Nurenberg said that working for White Wolf, he would get tips from the editors about ways in which he needed to keep his story in line with the established characters owned by the house. “Sometimes I’d get a little warning, reminding me that in the White Wolf universe, vampires can’t sparkle.”

And then there are cases where you have to put your foot down and fight, said Steele. “My book, Coyote, was written as series of stories for Asimov’s. Each story was told from a different character’s viewpoint, and the novel version was a sort of mosaic made up of these very different narrators. One of them is written in the first person, and the narrator is a teenage girl. The editor insisted that I change her character to a teenage boy. But I just refused to do that, because a big part of the story hinged on the narrator as being a pregnant teenage girl.”

“It’s not such a big deal, after all a pregnant teenage boy ought to be just another wrinkle in an SF story,” jibed Dozois. Going on to discuss the attitudes of editors at the big publishers, Dozois said, “these houses have huge slush piles that nobody reads, not even the assistants who are paid to read through them. When people tell me they’ve had their book read and rejected by all the publishers in town, the fact is that the manuscript has only visited all the mail rooms of those publishers, and never got anywhere near an editor’s desk. It’s gotten to the point where publishers will set up a room at a convention and hold pitch sessions, were authors are given a maximum of three minutes to sell their idea. If it’s accepted, they are given a special card with an address to send their manuscript which will bypass the slush pile and get to someone who will read it… otherwise, they are just shown the door.”

Joy Marchand admitted to working the door for one of the pitch sessions at a recent Horror convention. “Those miserable authors were literally shaking and trembling in their boots.”

“That’s why you’ve got to try to meet editors at some social function, like a convention,” advised Dozois. “If you can manage to introduce yourself, without slavishly kissing their ass, making an acquaintance with an editor will really increase your chances of getting your story read.”

“Actually,” admitted Steele, “that’s how I sold that first story to Gardner here. I was at a Boskone talking with a friend and she saw you across the room and suddenly dragged me over to meet you. ‘This is the author Allen Steele,’ she said, even though I had barely been published at that time. And Gardner shook my hand, said ‘Nice to meet you,” and just walked immediately away. I turned to my friend and said, ‘What the hell was that all about?’ and she told me flat out: ‘I want you to go home and write the very best damn story you can and send it straight away to Dozois.’ That’s what I ended up doing and it turned out to be the first story I sold to Asimov’s. So, just even that brief introduction makes a difference.”

“Networking at social gatherings is one thing,” said Marchand, “but you also have to participate in workshops, meet other writers, and join online writer’s groups where you can find out which editor is buying which material, for instance.”

“Some people think of networking as an evil expedient,” said Cavelos, “but it’s really more about making friends with mutual interests. You can find out from each other about new markets, trends, and possible openings. Opportunities always appear at moments of change. So if you notice that an editor has been promoted, or switched jobs, they are usually hungry for some new authors at that point in their career. If you can keep tabs on that information by reading Locus and through your networks it will really help. Keep in mind that you’ve got to give the editor a good enough story for them to fall in love with it. In most cases you’ll find that if the editor is asking for changes that they are pointing to a weakness in the story. Maybe you totally disagree about changing the character to a pony, but you should try to figure out what the problems were from the editor’s point of view and how you can fix it. If you can learn that special skill, of how to work through these problems with an editor, it will be valuable for your whole career.”