The Song of Synth by Seb Doubinsky is a science fiction novel about about a strange new drug that creates a fungible boundary between our perceptions of real and virtual worlds. The story fits loosely in the cyberpunk category, with a protagonist who is a compromised hacker turned into a captive worker for the surveillance state. The recognizable world of history, language and culture is not abandoned in Song of Synth, though it has been edited down into a very eclectic subculture.

As for the drug Synth, it sends the protagonist, Markus, into a fugue state where his fantasies begin to override reality. Mostly these fantasies are better than reality, though some of them are a good bit worse. When the bookseller, with his velveteen pants and his Thomas Pynchon tea mug, says that it must be either Maggie Cassidy or Quiet Days in Clichy, Markus steps straight into the Henry Miller novel, as if dipping his toes into a cold stream. And isn’t that the point? The whole book is fueled by that Ubik-like substance, Synth, which can send the story spinning on a dime in any direction, instantiating or subverting the reality of the narrative at the drop of a hat.

Plus one for magical realism!

Doubinsky navigates smoothly through the dichotomy of reality and virtuality, maintaining a sense of playfulness which must have sparked this book in the first place. Let’s have a story in which the drugs take a trip through the characters, pourquoi ça? he must have thought one evening, as the streetlights blinked out and were replaced by a myriad of stars.

You will certainly twig to a much higher percentage of the allusions in Song of Synth if you dwelt in the science fiction + punk + drug fiend cross-section of society in the 1980s; even if that cohort is probably the least likely demographic to actually stumble upon this book. Good fun, for me, anyway.

When the mad drug dealer, Dr. Sojo, provides Markus with a supply of illegal Synth, the batch is called CBGB 1979. That name has some historical punch to be sure. It’s more accessible than referring to tabs of Sorcerer’s Apprentice blotter acid, for example.

For reasons beyond even the power of ibogaine to diagnose, I was a student at Columbia College from 1978 to 1981. I spent my share of blasted out nights in that fabled rathole of the Bowery deafened by the OMFUG. Let me tell you about this one: the night that John Shirley tore off his shirt and chained himself to the stage was pretty freaked out. He was thrashing around in front of his band, the Obsession, singing City Come A Walking (which was a song before it was a novel). And his song I Am Electricity, which goes like…

I am the mindless machinery
I am the blood of all earthly stars
I am the purr of traffic and cars
I am e-lec-tricity.

mush brain flowers
flourishing in the damp cold rain cartridge
just remember all of our countless hours
calculating and accumulating all of our rich dossiers
I am e-lec-tricity.

I am the phone of amplification
I am the conspiracy behind all imagination
I am e-lec-tricity.

CBGB 1979 was itself a drug, highly concentrated, and composed of many things, among them science fiction, rock and roll, and an anything-goes-wildness that was like a sparkplug firing up altered states. Spinrad got me on the guest list that night, and he was there too, Bogarting the whole experience along with some decent joints and snow.

Nonetheless the eponymous drug in Song of Synth is mysterious. Nobody really knows what it does. The urban legends swirl…

Like someone taking too much and becoming catatonic. Or murdering his girlfriend and eating her brains. Or even disappearing completely.

Don’t these side-effects remind you of those fabled 80’s toxins: barbituates, angel dust, and ketamine? Back in those days, ketamine was still a horse tranquilizer and not yet known as Special K. Even the doctors who could get their hands on it treated it with fear and respect. But we live in different times today: people eat Special K for breakfast.

Doubinsky has the ability to create semaphore signals which act as mnemonic kicks in the head. Markus can cue his ex-partner at any time with five words: Karen screaming in the bathroom. What is Karen screaming about in the bathroom, you may ask? She’s screaming like a freeze-frame of the moment when the police knocked down their door and busted Markus. Karen herself becomes a metaphor, like a bee trapped in amber at the very moment that his hacking career exploded, making him not only a prisoner of the state, but also traitor to his friends. Go ahead Karen, scream!

The Song of Synth follows the investigation of mysterious sums of money, that appear to be real, but have no origin. The hacker protagonist stumbles into a dark web that he knows nothing about. Is that credible? A dark web that the drug dealer Dr. Sojo gets him invited to, and where an entire alternate unregulated culture exists and costs next to nothing. This is in stark contrast to the over-monetized real world where those with enough Cred can feed their habits, while those with NoCred suffer along in the misery of a seemingly pointless underclass. But then that social divide is alarmingly similar to our own reality, isn’t it?

The hacker, Markus, or possibly Thomas, depending on which reality you think is credible, has altogether too much luck getting laid. Women just fuck him left and right, for no apparent reason, placing this book squarely in fantasy, or drug-induced fantasy to be more specific. To be fair, Markus spends half the time he is with these women trying to figure out if his experiences are real or part of the Synth effect. Let’s hope this is a deliberate literary device and not an actual short-circuit caused by too many hits of acid. Oh dear.

In the two-room apartment of his NoCred sex partner they joke about the city of Samarqand.

It was the city of the Enemy, although no war had officially been declared. It was mysterious, incomprehensible, formidable. Exotic, religious, and hateful, yet it had the nerve to call itself democratic. There were elections… exactly like in all other megalopoli of the civilized world – but they knew what elections in Samarqand really meant: corruption and lies.

The real joke of course is on us. We all live in that city. Increasingly stronger doses of Synth don’t seem to have any effect on it, either. The City does not come a walkin’ to the corner pub, and it’s boroughs do not become instantiated as characters while tentacles writhe up from the sewer grates. The City does not entrap us with black magic at Red Hook, or lead us down into the soil through spiraling tunnels coated with ambergris.

In the end, it doesn’t really matter if you are stuck in this city or that city. The urban world that we have trapped ourselves in, a la Ballard, is everywhere, and it’s virtual underbelly in Song of Synth is sufficiently punk for those who enjoy a rattle across the clanging metal of drug-induced self-doubt. 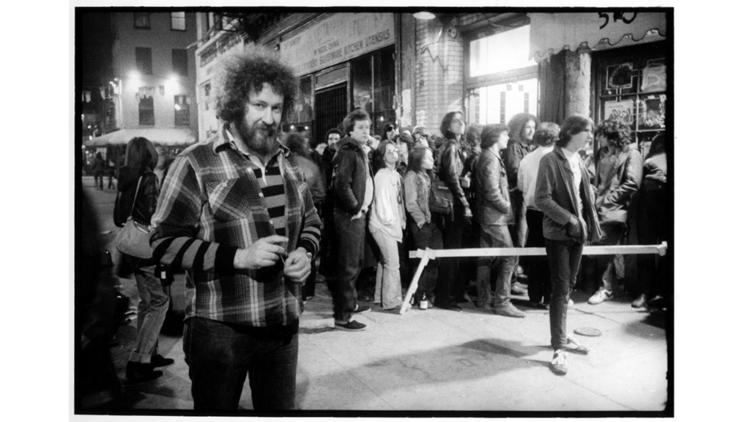