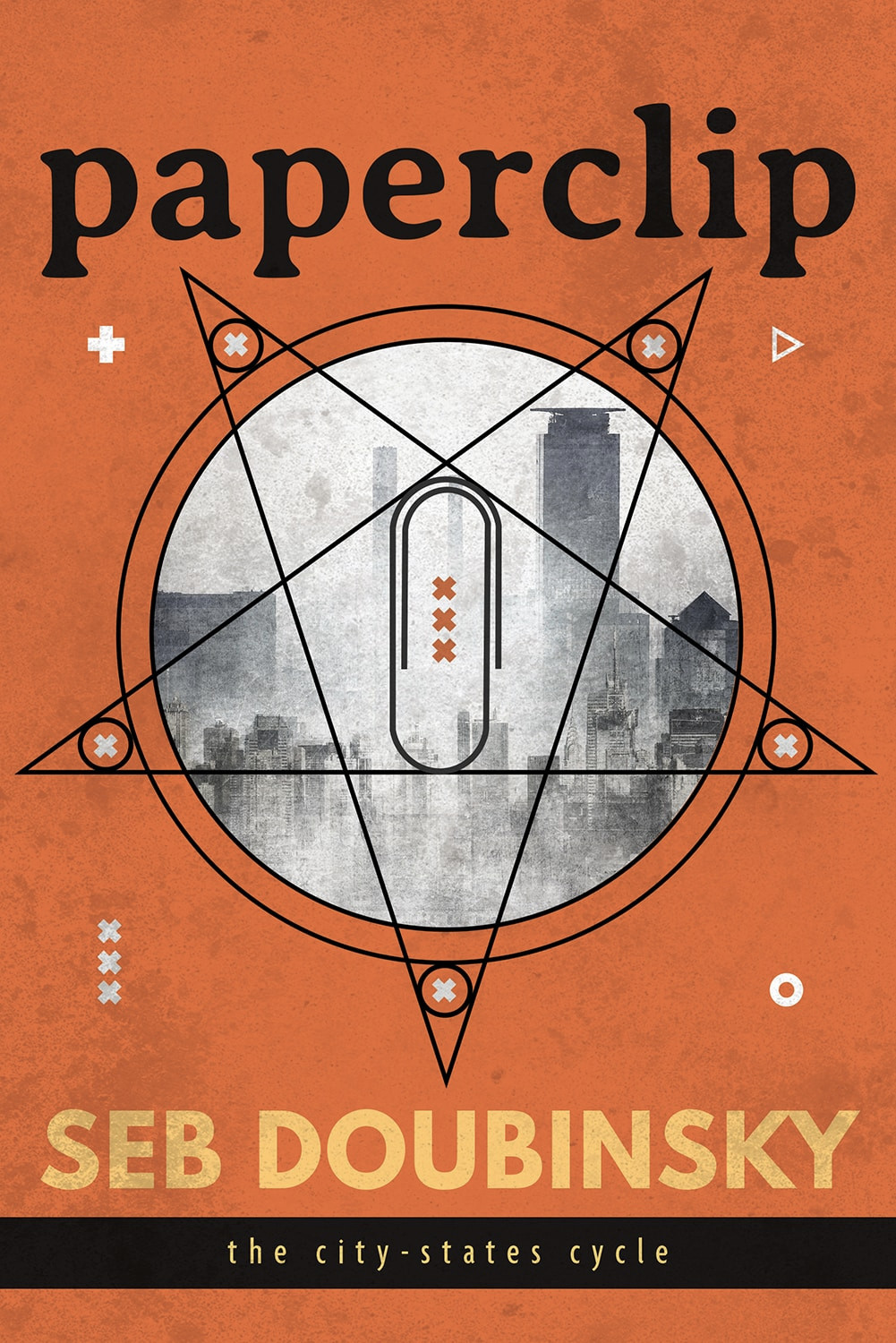 You will find yourself inside of multiple points of view in Seb Doubinsky’s City-State novels. You’ll wake up in a strange place, wondering who you are and how you got there.

And when you end up in someone else’s body, you’ll wonder how that happened too. But it won’t be a jarring experience, as they always warn you in the writing workshops. The transitions from one character to another in Doubinsky’s City-States result in minor collisions, the way ginger ale makes ice cubes tumble around in a highball glass..

Because if you really begin to see from the characters’ eyes, you slowly begin to realize that the city before you is actually a projection from your own mind. You can sense that there is a wireframe underneath it all, which seems to hold reality together; and at the same time, you notice that all the surface textures and essential details of the world around you are being filled in by your personal filters. You are painting the reality that you want to see. And this can be changed.

Dope, booze, pills. Whatever the doctor gave you last time. Was it called Cylert? Makes no difference. When the whole cityscape becomes a projected illusion, it might as well be a synthetic reality. You could just take a few tabs of “Synth” and see what your subconscious mind tells you, then go live in that city for a while.

Oh, right! There is a mystery drug in the City-States called Synth. And the main characters take it, only to find themselves exploring an alternate city where strange things happen. So, it’s okay then.

In Paperclip, we cruise around in the luxury lifestyle of Kurt Wagner, a complex military industrialist, who thinks he has a heart. But his sympathies are questionable because he wants to invent a neutron bomb that will eliminate people but leave everything else squeaky clean.

On the other hand, you will be behind the wheel of his driver, Jet, who is obsessed with ritual magic. Can Jet cast a spell that will knock Wagner off his pedestal and set things right in the world?

Not likely, as you know from the experiences of Omar, Wagner’s bodyguard who is living a double-life and has his own plans about how to fix things.

In Paperclip, Doubinksy weaves his story in and out of these points of view, and creates a multi-variant montage of what is wrong with the world. This is especially true for the character, Susan, the successful actress who goes to Africa to film a raw documentary about the conditions there. A raw image, without a voice-over trying to mansplain or whitesplain everything is the only way to get close to the truth.

Or is it? In Paperclip, we also live in the mind of Waldo, a bird who flies around the city, stopping to gaze down upon it from various lookouts. Like the angel in Himmel über Berlin, Waldo is only partly connected to the thoughts and motives of the people that he is watching. And yet, he has the same ambiguous feelings about the other animals that he sees. Has he been reincarnated as a bird? What might have happened in his past lives?

“He vaguely remembered having the same impressions when he was a dog and a fish. Or was that a dream? He definitely remembered being a human, that heavy breathing machine of skin, bones and blood.“

The action in Paperclip is not overly dramatic. The characters loop and dip around each other like partners in a formal dance. Their moves are balanced with cool detachment. Although they are drawn with intriguing possibilities – there is more than one assassination plot going on – the suspense in this installment of the City-States series is never ratcheted up to the level of mortal danger.

You may be lost in a garden maze, but then, with an unexpected turn, you find yourself back in the garden of the Tuileries. Maillol’s women are gazing at you with gray smiles in the sunshine. Nothing went wrong, except that everything is wrong in the first place.

What is the secret of Paperclip? A doomsday weapon that can kill us all? No, Paperclip is not focused on the danger of our weaponized reality, it is fixated on the realization that we can only trade one doom for another.

In Seb Doubinsky’s cozy weird novels, you float through the story like the camera in Last Year at Marienbad. It is not so urgent to find out if magic spells actually work, striking down the rich and powerful, as it is to know that on the other side of doom is yet another reincarnation. Popping pills, or pecking at crumbs, our beaks will never see beyond our synthetic reality.