Isn’t it about time we moved beyond the idiotic “central heating” concept and kicked our energy habit? But how, you might ask, do we get this 100 quadrillion BTU monkey off our back? The answer, as ridiculous as it sounds, is to simply build better homes, and used efficient heat exchange. Really, that’s it! In Germany they are already doing this, building passive heat homes, with highly efficient air flow heat exchangers, and hermetically sealed window and door edges. The technology isn’t new, but it does rely on (a) good engineering, and (b) good construction techniques. 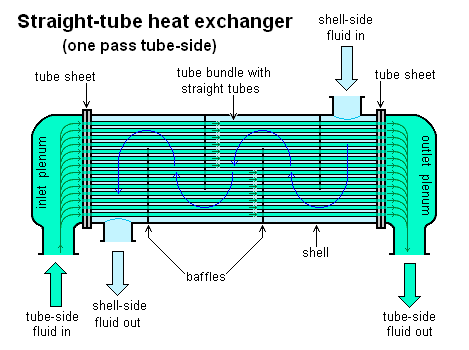 The American style of building — some sheets of Tyvek slapped on plywood and stud frames, thrown together by a couple of guys with nailguns — is NOT going to cut it! What we do need is intelligent manufacture of super-efficient modular windows and doors, that can be mounted into highly insulated walls. Why not put the laid-off crews of Republic Windows back to work, or even re-tool the auto-industry to build super-efficient home construction components, instead of gas-guzzling dinosaurs? That’s what I proposed to Obama on his transition web blog… not that the idea will ever get to him, but there’s no harm in trying!

For decades (yes, sadly decades) I have been advocating for a heat-exchanger attachement for refridgerators in American homes. Doesn’t it strike you as INSANE that we pay to heat up the space inside our homes, then we pay AGAIN to chill down another space inside of our homes to store our food? That has always been an insane idea to me! Therefore, for anyone who lives in a climate where the temperature outside the home falls below the temperature inside the home, why not put a heat exchanger between the outside and the air pocket surrounding the fridge interior? A temperature gauge can control when the vents open on the heat exchanger. Therefore, when the outside temp drops to a cold enough level, the vent opens and automatically pre-cools the air pocket that exists between the fridge interior and its shell, thus saving energy when the freon compressor kicks in. _Duh! _ Why not let the cold outside air cool off our fridge compartment, instead of heating it first then paying to cool it down again? But then, that would be giving logic and energy-efficiency primacy over greed… and we can’t allow THAT to happen, can we? Or can we! Yes, we can!

So join me in pushing all of our alternative construction, transportation, & energy ideas to business, industry, finance, government, mom, pop, and Auntie Grizelda. It’s a crap job, but somebody’s got to pick up the pieces of this “all war, all the time” disaster we call the U.S.A. and fix it.