Does anyone seriously think the current economic collapse is surprising? There is a reason that Reagan’s first term in office spawned the “me” generation, and a reason that the wipeout of the Savings and Loan industry happened almost overnight. It all began with Reagan’s strict deconstructionism of the regulatory systems that protected us from predatory Wall Street sharks. Just to keep our facts straight, vicious greed is nothing new to U.S. financial circles. Read Mathew Josephson’s The Robber Barons, if you have a strong stomach for exploitation and naked avarice. Of course, if you prefer you can just stick your head in the rubbish bin and pretend that our leaders are all beneficent “industrial statesmen.” Nonetheless, after the misery of the Great Depression years, some reasonable barriers were raised to prevent excessively over-leveraged cash-to-debt ratios, which causes banks to collapse. Reagan, of course, would have none of that! According to Reaganomics, aka trickle-down economics, aka voodoo economics, the only thing we ever need to worry about is how fast the rich become richer. Remember Michael Milken, anyone? Or Gordon Gekko?

When the dot-com meltdown finally occurred, after the decade long run-up of irrational exuberance, did it take anything more than a micron of brain-matter to see that the frenzied flight of assets from stocks into real estate was not a good idea? Apparently, as long as the brokers and other sharks can make their dime, it is a trifling matter if the entire economy is banked on fantasy, zero-collateralized debt based on hyper-inflated prices. Brilliant! You see that broken down flea-bag dump, with flapping chunks of old asbestos siding falling off the termite-ridden particle boards? It can be yours for only $879,999, today! No money down! Sign here!

And as if this was not enough, the so-called “voluntary oversight” rule of 2004, promulgated midway through the disastrous Bush - Cheney administration, super-fueled the black-magic derivatives market. Did it matter that this was the surest method to totally destroy the U.S. economy? Are you kidding? When Paul O’Neill confronted Cheney about the greed-hammer mayhem running riot in the executive branch, Cheney merely said: “This is our due.” 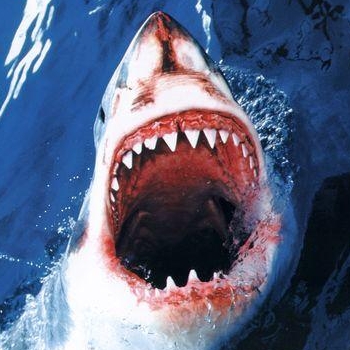 What? We owe Cheney something after his lifetime of back-stabbing insanity? After his energy task force carved up Iraq’s oil fields in March 2001, while his so-called Office of Special Plans began cooking up the bogus case for invasion? We still owe him a carte blanche to rape and pillage the entire wealth of the planet? Hmm… Go figure. I always knew there must have been a reason for the French Revolution.

In any case, the interesting news of the day, comes from one of the hedge fund sharks, Andrew Lahde, who has suddenly renounced his career. In the absurdist farce known as Bush’s war on terror — _Ubu Roi had nothing on this fascist moron_ — banks and hedge funds were simply let loose to foment any crazy-ass investment scheme that came into their heads. Yes, literally. Crazy-ass is the only word to describe it. Otherwise how could trillions, tens of trillions…oh, go on and tell the sickening truth, hundreds of trillions of totally vapor-based bullshit be sold to “investors.” In Lahde’s own words:

The low-hanging fruit, i.e. idiots whose parents paid for prep school, Yale and then the Harvard MBA, was there for the taking. These people who were (often) truly not worthy of the education they received (or supposedly received) rose to the top of companies such as AIG, Bear Stearns and Lehman Brothers and all levels of our government.

All of this behavior supporting the Aristocracy, only ended up making it easier for me to find people stupid enough to take the other sides of my trades. God Bless America.

But suddenly Ladhe has bailed out. Returning tens of millions to his clients, he apparently has had all he can take of Mack the Knife. Perhaps he is hearing the music begin to rise up from the horde of people whose money has been made worthless by all of the lying brokers and government hacks who looked the other way.

As Kurt Weill and Bertolt Brecht put it:

first make sure that those now starving,

get proper helpings when we all start carving!