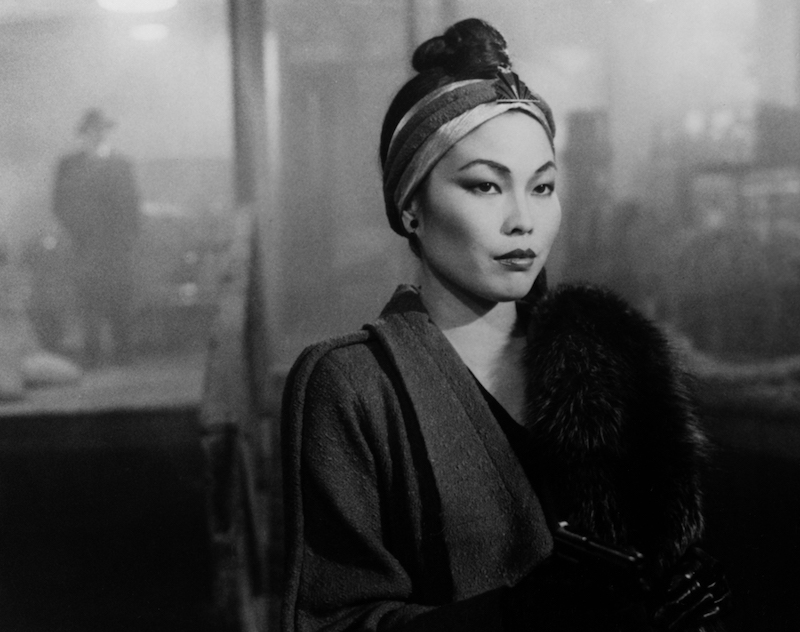 What a shame. The possibilities of an Asian American t.v. series, in which a woman martial artist could simultaneously kick ass and reprise the role of David Carradine seemed infinite to me. And yet, within three episodes the new Kung Fu series on CW has plunged face first into peurile conformism and pathetic superficial bourgeois bullshit.

It was the King Kwong episode that pushed me over the edge. Just the idea that they could confound the overtly racist meme of King Kong with a hip hop clothing company – oblivious to any reasons why that wasn’t actually done in real life – was enough to make me barf. Nor did they even make a nod to the actual Larry “King” Kwong, a Canadian hockey player who was influential in his own community and who was interviewed for the documentary, Lost Years, A People’s Struggle for Justice. A simple name check on Google is much too advanced for the drivel that passes for writing in this series.

The worst part, however, is the superficial sister. She had to reprimand Nicky Shen by demanding that she chill out and have fun; which meant, get this: buying totally ugly useless overpriced King Kwong brand clothing on her cell phone and Instagramming it! Thus proving herself to be going over the high bar of crass consumerism into the realm of pure, unadulterated capitalist tool and conformity.

Of course, the villain in this scenario was not the narcissistic idiot who was flogging his useless shit as the epitomy of cool, it was the evil CEO (surprise!) whose ethical Universe is neatly described in bullet points. It’s like a powerpoint presentation of how to create a cartoon villain.

And all of this is acted out in a launch party for King Kwong’s new line of stupid fashions. This shit wouldn’t have made it past the cocktail napkin stage for a Scooby Doo episode. At least in that show you got the impression that Shaggy was smoking pot in the van and snarfing Doritos. The new version of Kung Fu doesn’t have the slightest sense of connection with reality. The characters’ perspectives are so privileged that they seem ridiculous. Did they think that Crazy Rich Asians is a good source for Chinese American history? Why didn’t they try The Unwelcome Immigrant by Stuart Creighton Miller? Or even Cannery Row by Steinbeck. A visit to one of the great Chinese-American Museums might have been useful: Wing Luke in Seattle, or CHSM in San Francisco, MOCA in New York, and others all over the country.

Instead of a transformative vehicle to explore the amazing Chinese American experience, all we got was a fortune cookie message approved of by the Disney Studio censorate.

How predictable this all was.

So, no, my previous hopefulness for Nicky Shen was completely unfounded. And I have to make a correction, even if the original Kung Fu t.v. show was dumb, it was far, far better than the pathetic shit-show of the new series. At least the people involved in the 1970’s series were able to create a mood of pseudo-Orientalist mysticism.

The corny platitudes uttered by Kwai Chang Kane’s master in candle-lit meditation sessions were droll, but he wasn’t just spouting shit like “You must look deeper into your heart and find patience.” Bullshit like that is what passes for the meaningful teachings of Nicky Shen’s master. I can’t believe that Vanessa Kai was okay with saying that ridiculous nonsense. Is she so desperate for money that she will make Chinese Americans look like plastic toys mouthing platitudes? This is the representation and authenticity that the producers were so proud of?

I really tried to give it a chance, but the whole thing makes me sick. And I must say this once again: the original show was much better. At least the writers took the time to root around in Tao Te Ching and stories from Zen Buddhism. They managed to wrap some modernist morality tale around those vignettes in a way that wasn’t pure abject surrender to the imaginary status quo of American middle-class consumerism. In fact, by setting the show in the 19th Century, they could play with all sorts of interesting memes of the Wild West.

The image of a lone traveler, walking in the mountains and getting in touch with nature was exactly what the Taoist philosophy required. I would go so far to say that the themes of those most “American” writers and poets of the hard-scrabble Western landscapes (such as Richard Brautigan and Gary Snyder) meshed perfectly with David Carridine’s portrayal. He really was out there on a dream walk, on a soul quest, on a vision of transcendence outside of the normal realm of commerce and social norms. Which is the salient aspect of Kung Fu that has vanished in the wind.

In America today, is there any way to escape? Can you even walk around in the wilds without some gun-toting self-righteous racist there to murder you? Things were touch-and-go even back in the day when I lived in New Mexico. It was the 1970s and the mountain ranges all had their histories of outlaws and gunfights and pueblos long vanished into dust. Things could get dangerous and there were times I was staring down the barrel of a gun and having to talk to someone who started a conversation with: “I can shoot you right here, and nobody’ll ever find you.” Which was more or less true, because if you’re stupid enough to go camping with only a sleeping bag and boy scout canvas day pack, hiking way the hell out on logging trails in the San Pedros, or up from Fenton Lake into places where aliens might fall from the sky unnoticed… yeah, your bones would be rotting there a long long time before anybody happened to find them.

But the point is this: you could still walk around and camp under the stars and have a small fire, and six times out of ten go completely un-noticed. You could take your copy of Colin Fletcher’s Complete Walker and go on your own two feet almost anywhere.

And if you did get accosted, then you just had to stand really still, and wait. Let me tell you, those David Carridine moments saved my life many times! You keep quiet and see where the conversation is going to go. Is it going to be some god-fearing religious crap? Some macho cowboy bullshit? Usually it was just poachers. The next line was: “This is private property, son. You just head on back down to where you came from.” And that was that. There wasn’t any reason to actually shoot people, and you could walk the entire Gila Wilderness, if you really wanted to.

But why, why, why did they want to remake Kung Fu as a middle-class Disney do-gooder, whose privelege is so thick that you need a bulldozer to scrape it off your lawn?

What the hell? I’d much rather see Kung Fu in Chinatown, working in a kitchen, straight out of Wayne Wang’s Chan is Missing. I’d much rather take a deep dive into the outbreak of anti-Asian violence that is once again plaguing our nation. Even a mention of Vincent Chin would have been reasonable. But just to say: “hey, we have a Chinese woman who kicks ass“ is not enough. You have to put it in some kind of context.

It’s not as if Chinese in America have no stories to tell, for fuck’s sake. What about drugs? Opium. Chasing the Dragon. China White. Every hear of them?

Or the Bamboo Gang? Has anyone involved in this show ever heard of Henry Liu? He was a great journalist who lived in Daly City, about 10 miles from San Francisco’s Chinatown. Shot dead in his his own driveway for writing the truth about Chiang Ching-kuo.

In New York, Robert Daley also did some half decent research for his Chinatown books forty years ago. It’s not like there is a lack of material. Jesus. Hatchet Men, by Richard Dillon, came out in 1962! That was set in San Francisco Chinatown. Along with a gazillion other books and movies. Wim Wenders movie, Hammett, (1982) was pretty far out!

If you want to look at historical context, how about the Cultural Revolution, ping pong diplomacy, the rapproachement of student exchanges, and the eventual opening up of immigration from mainland China.

Here in Boston we have had our own tragedies that emerged from these actual Chinese-American experiences. Anybody remember Ming’s grocery on Essex Street? And the giant fire and explosions that burned it down when the fire hydrants had been turned off underground in advance? Or gambling? Ever hear of gambling? Some of the best journalism has been done on that topic in recent years. Chris Berdik wrote a terrific piece about the gambling den massacre on Tyler Street in 1991, In the Shadow of the Dragon. Alan Feuer wrote a good one for NY Times, Last of the Asian Godfathers, though he was certainly wrong about them being the last.

Prostitution? Are we seriously going to talk about the Asian American experience from a woman’s point of view and not talk about that? Come on, seriously, the case of Yang Song alone would tear the lid off the whole swarming trash heap of corruption. At least acknowledge it! Why don’t you just give Nicky Shen some pom poms and have her cheering at a football game. Isn’t that where the Disney delusion inevitably takes us?

The Chinese-American experience is a vast and varied realm that deserves better. Put this horrible dog to sleep. It’s in agony already.

Daley, Robert Year of the Dragon

Feuer, Alan The Last of the Asian Godfathers (2010)

Miller, Stuart Creighton The Unwelcome Immigrant: The American Image of the Chinese 1785-1882 (1969)

Museum of Chinese in America