Books about imaginary fields of knowledge have always fascinated me. What started out in H. P. Lovecraft as an imaginary compendium of arcane knowledge Necronomicon, later became the fodder of wannabe sorcerers…not to mention a mass-market paperback.

One of my favorites of this genre is the often overlooked classic Parallel Botany, by Leo Lionni, in which a variety of amazing pseudo-plants are investigated by a menagerie of oddball adventurers. Lionni kindly provided us with lush illustrations of these weird vegetables (some of them invisible or half-animal) as well as photos of their intrepid discoverers. 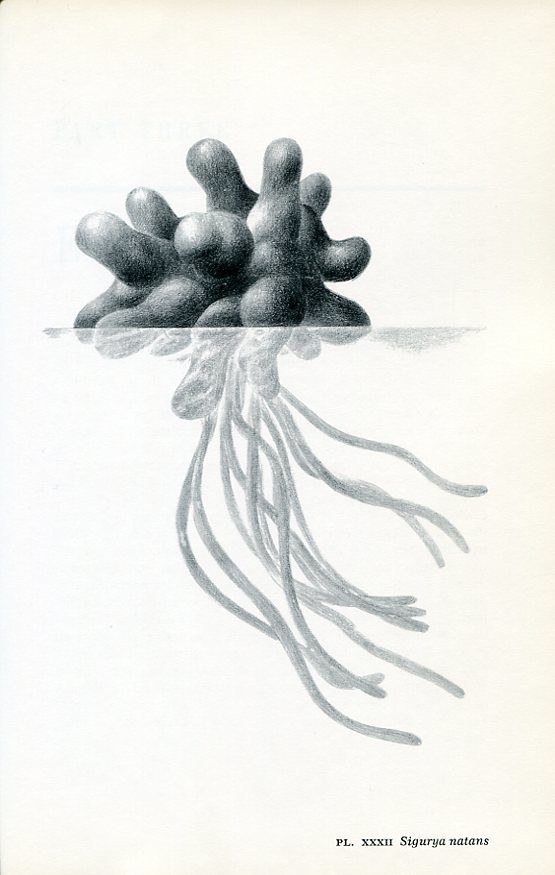 Now we are treated to yet another classic, the entire Codex Seraphinianus, by Luigi Seraphini, which is not only chock full of exquisite illustrations, but is rendered more mysterious by the accompanying text in an invented language!

Perhaps we should all spend a little more time imagining what we might know, or knowing more about what we might imagine…rather than to continually dissect the world around us into an infinite number of bald facts. That is not to say I dislike facts! I am the first to embrace truth over so-called faith. Nonetheless a little wandering in the pastures of pure imagination also does the overworked brain some good every now and then.

LINK See also an excellent article on the Codex by Justin Taylor in the May 2007 issue of The Believer, full text online here