Mastodon Classic Illustrations for "Against the Fall of Night" | Yunchtime 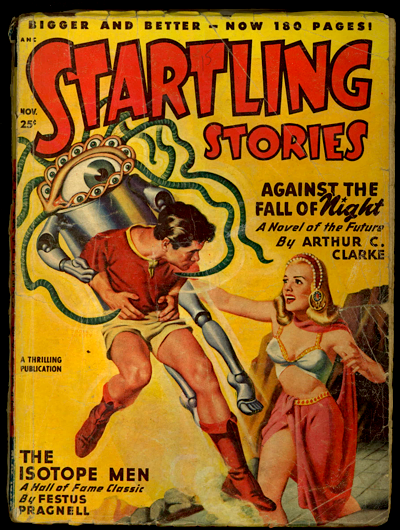 It was pure luck for me to pick up the classic first appearance of Arthur C. Clarke’s Against the Fall of Night before attending my first SF Con. That con was a very early one-off Star Trek show (which seems to have vanished from this dimension without a trace) and was held in Albuquerque around 1974 or 1975. The con featured a recreation of the Enterprise bridge, made of crude plywood and painted black, and George Takei was there, along with some other cast members whom I’ve forgotten. The reason I attended was to see A. E. Van Vogt, and to have him sign the paperbacks I’d been reading and collecting. He signed my copies of War Against the Rull and The Battle of Forever. In the first, he wrote: “Good luck, good wishes, good future!” all over the title page. I still have that on my shelf. I’m not sure what happened to Battle of Forever, but I recall that he inscribed it as: “My farthest out story!”

Recently I was poking around the bookshelf looking for good alien images (to be shown at an Arisia panel in January), and I starting leafing through this copy of Startling Stories from Nov 1948. One thing I discovered was that Van Vogt also signed his story Domain, which appeared in this issue. Another thing I found out, on the editorial page, was that this was Van Vogt’s first appearance in Startling. But what most attracted my attention were the incredible black and white illustrations for Against the Fall of Night. Since I couldn’t seem to find existing scans of these images anywhere on the internet, I decided to scan them for everyone to enjoy. 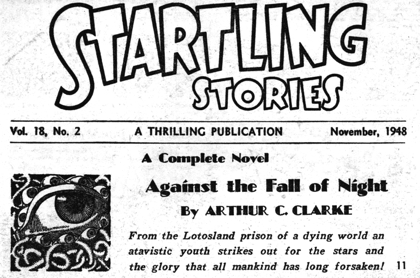 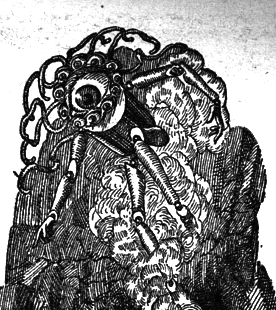 These spectacular aliens, with their shiny robotic bodies and enormous tentacled eyeballs for heads, are simply iconic! It’s hard to know whether Earle Bergey painted his superb cover based on the black and white illustrations or if the illustrations were modeled on his painting. However, since Bergey typically was a master of the human figure, (and his trademark soaring women with metal brassieres), this extraordinary image may not have been his own invention. The question then is: who did these illustrations? 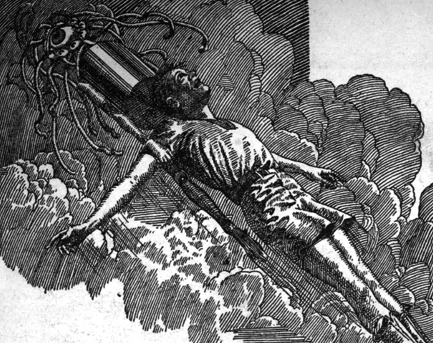 The delicate inking and cross-hatching is really wonderful! It is somewhat reminiscent of Virgil Finlay, but lacks a signature, which means it is almost surely not by Finlay, who was already at the peak of his career by 1948. Unfortunately, I’m not a collector and have no other copies at hand to use for comparison. If anyone has suggestions about who this wonderful illustrator is, please let me know! 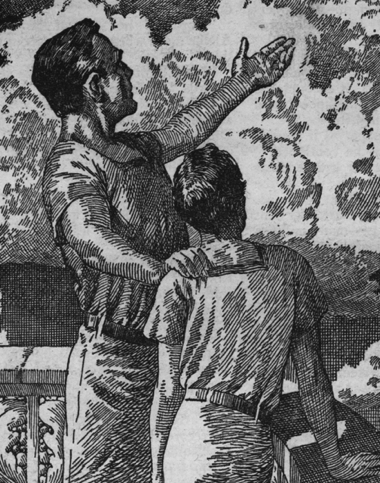