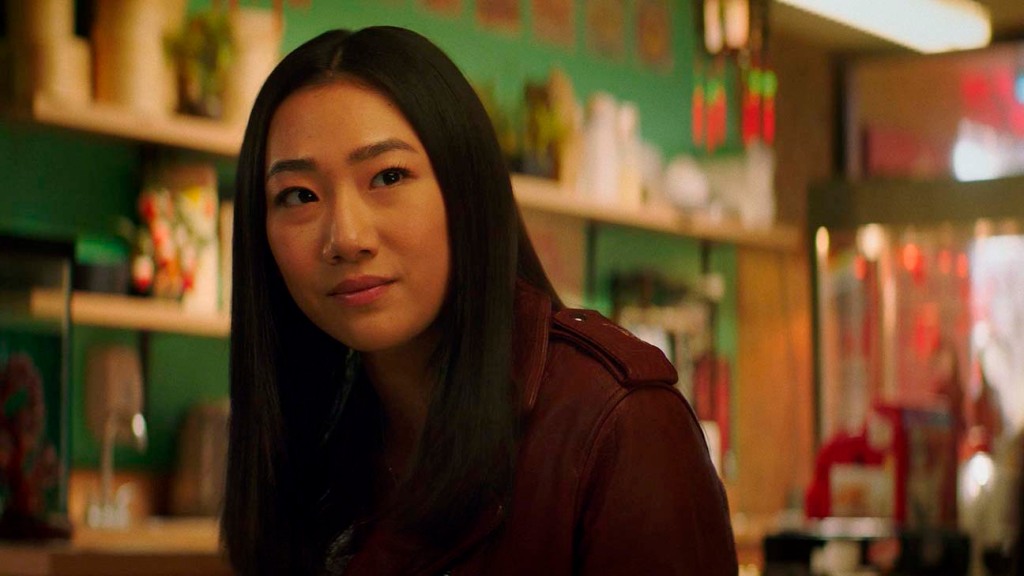 To be honest, the original Kung Fu series with David Carradine influenced me far beyond any normal, healthy degree that a person should be influenced by a dumb television show. And it was dumb.

The cornball lectures of the old Shaolin master to the young version of the martial artist, Grasshopper, were homespun homilies cooked up from the Tao Te Ching and stories from Zen Buddhism. This pseudo-mystical gibberish was perfect for the day and age. It fed into the martial arts boom of the United States in the 1970s as an accellerant, like pouring a bottle of 180 proof Billy Jack into a gas can of Smokey and the Bandit. Suddenly everybody was wearing cotton karate outfits and round-house kicking all over the neighborhood. At least that’s the way it seemed to me in fight-crazy Albuquerque at the time.

Still, most folks got their yellow belts, and their brown belts, and maybe stayed with it until the 8th dan black belt for all I knew. But I was the hopeless sort of knucklehead who wasn’t in it to learn how to kick somebody in the teeth, I actually believed all that hokey Grasshopper nonsense.

I believed in rituals of self-mastery involving branding one’s wrists with a cauldron of red hot coals. I believed in broken time streams. The Grasshopper Lies Heavy was the true reality behind the mirror, as far as I was concerned.

My sneakers shucked through the dusty no-man’s land – the nepantla of Embudito Canyon – and I crossed the perimeter of spent bullet shells. I went looking for deer at Deer Pass, for camels behind Camelback, for gila monsters in the Gila, for the date-line at Datil, and for the moguls of Mogollon.

In the mid-seventies, I was literally out there walking around in the desert with my medicine bag and my long hair, chasing lizards and frying my brain in the noonday sun. 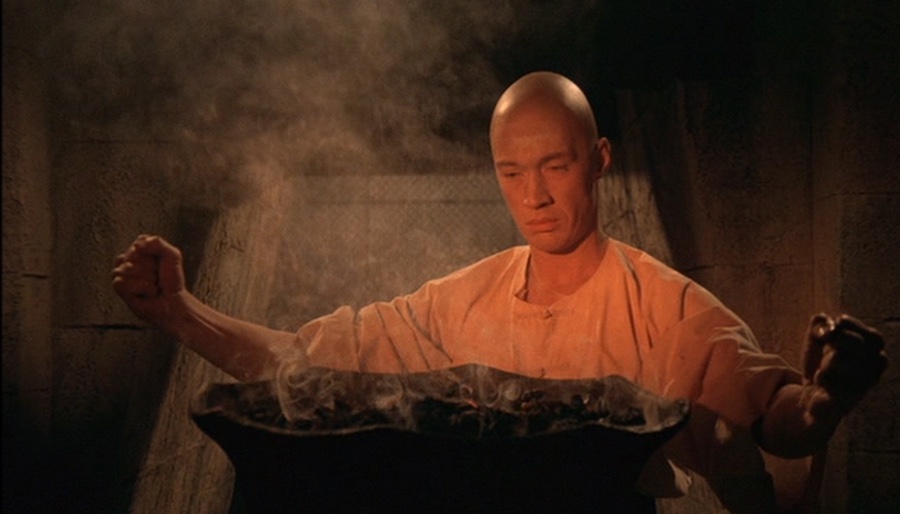 Only three years after the last episode of Kung Fu aired, I was enrolled in a Chinese studies department, studying Taoism!

Do you remember the smart-ass fool who corrected people when they talked about Tao (pronouncing it like Taos without the “s”)? That would be me. I’d be sure to let everyone know that Tao was pronounced with a non-aspirated “d” (as in the Dow Jones market average).

You wouldn’t believe it if you got it on a fortune cookie: “The one who follows the path of Grasshopper finds inner truth” but yeah, there are some jokers who really do buy the ticket and take the ride.

Don’t worry too much, it’ll happen to you, as the song goes. When Ronald Reagan got elected, and the condor-bats began circling around Trinity Church, I dropped out of college. I could claim that I paid for all my sins by going to Hollywood and trying to write screenplays for a quasi-existent entity that I co-founded, OrKid Productions. But in reality, I just traded up one delusion for another.

Just because an enterprise issues shares doesn’t make it real. Most people can figure that out by looking at Wall Street, but I had to learn the hard way. I finally abandoned that nightmare, and that anorexic movie producer driving a rented limosine, on a desolate strip of highway outside of Bisbee, Arizona. Watching that idiot barf up his pancakes and then twitch around the phone booth in a Stuckey’s parking lot was when I gave it all up and came back to reality. Did I mention that I was mesmerized and slightly deranged by the nonsensical mysticism of a really dumb t.v. show?

These sad facts are only relevant today so that you know when it comes to the television show, Kung Fu, I have a history.

And today, the CW network launched their reboot of the series, which is [ hard-to-believe-I-am-writing-this ] not quite as corny as the original show. At least they tried to portray the main character, a woman who dropped out of Harvard to study martial arts, with a real family and she wasn’t the typical traumatized orphan. Sure, the cast of characters are more or less stereotypes, but they nonetheless feel ordinary and real. While the morality tale constructs that Kwai Chang Caine was surrounded by in his monastery – hidden in the Kunlun Mountains – were tedious phonies, and overly sanctimonious with their slowed down seriousness.

But keep in mind, the 1970s television fare was a sort of cosmic struggle between social commentaries (on the order of All in the Family and Sanford and Son) pitted against pure revanchist conservatism (like The Waltons and Little House on the Prarie). The Kung Fu series was trying to walk some kind of mixed up line between the two, with incongruous additives of Carlos Castenada and Gunsmoke stirred into the Chinese chop suey.

The new series gets a number of things right, and they don’t make a big deal out of some of the cultural signals. The hong bao envelopes are handed out with simple courtesy, the engagement gifts table is stacked with fruit and sweets, and the martial arts nut is a historian. It all just snaps together into a simple wooden puzzle without any pieces missing.

Time Magazine ran a decent article, written by Kat Moon, about all the nuts and bolts of the show, with a look at the white-washing of the original series and the pains that executive producer Christina M. Kim took to do something more with Asian representation than the typical nods to minority culture. What does minority even mean in a globalized world? Can we possibly just move beyond the wedges that racists are always trying to drive in between us? While we are arguing about representation, the fucking planet is on fire and toxic carcinogens are in all of our drinking water… you know?

But back to the mindless entertainment for a minute. What got me started on this mini-review were the geographic anomalies in the story of the new series that jumped off the screen. Some of them were pretty outrageously wrong, and yet I am not pointing them out to be obtuse. Indeed, I enjoy the syncretic goofiness of Nicky Shen’s origin story, but for the benefit of those who haven’t seen these landscapes with their own eyes, I want to point out some of the really crazy stuff going on.

First off, the portrayal of the Shaolin Temple in Yunnan is a bit nutty, since everybody knows that it is in Dengfeng County in Henan Province. Even Stephen Chow got it right in God of Cookery [食神], which is a pretty silly flick, so what sort of slipstream wierdness are they up to in the new Kung Fu? I mean, it’s a freaking UNESCO World Heritage Site! It’s not like you can just say that Yellowstone is in New Jersey, without getting a few guffaws.

As for the setting in Yunnan, of which there was only a glimpse, I can say that yes, Yunnan does have some beautiful green mountains with a mix of deciduous and tropical forests. But I couldn’t recognize it as any actual place that they might be trying to set their fictional Shaolin Temple.

Then, shortly after the opening scene, Nicky Shen goes to talk with her kung fu master, Pei Ling (played by Vanessa Kai), and they are standing in front of the karst mountains of Guilin. You’d swear they were in Yangshuo, just North of the excursion boat pier, except that it is an empty landscape. Are those CGI recreations of famous Chinese places, all jumbled together? I can tell you those mountains don’t exist in Yunnan. You have to go all the way to the Eastern part of the Yun-Gui plateau, to Northeaster Guangxi Province to find those characteristic karst limestone mountains.

But this is a fantasy realm, as imaginary as the black-and-white line illustrations of the fabled swords and historical figures that punctuate the show to provide a legendary back story. It’s all rather fun, if you can just suspend your disbelief, and accept that the Strip in Las Vegas runs from Mount Rushmore to Coney Island.

I was wrong. This show is an unmitigated disaster of typical consumer-class bullshit. You can read my full diatribe in Epitaph of a Big Loser. What a damn shame.

How a New Kung Fu TV Series Is Reclaiming Much More Than Just the Martial Arts by Kat Moon, Time Magazine, (7 Apr 2021)