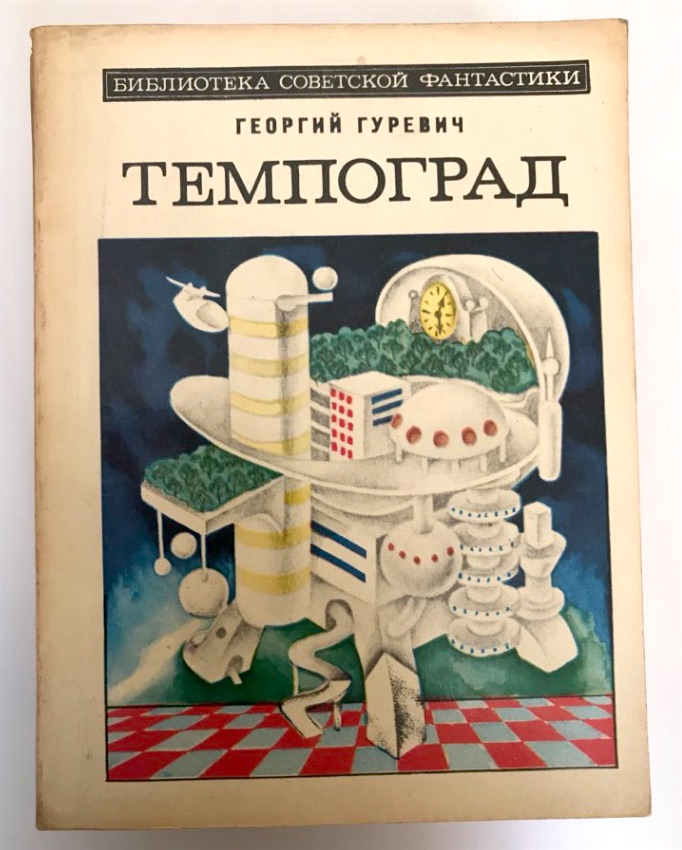 The novel “темпоград” by Георгий Гуревич Georgii Gurevich is quite intriguing. When I saw the cover posted on the twitter feed of Vladimir Poleganov @innerkosmos I tried to find out more, only to discover that no English translation exists. 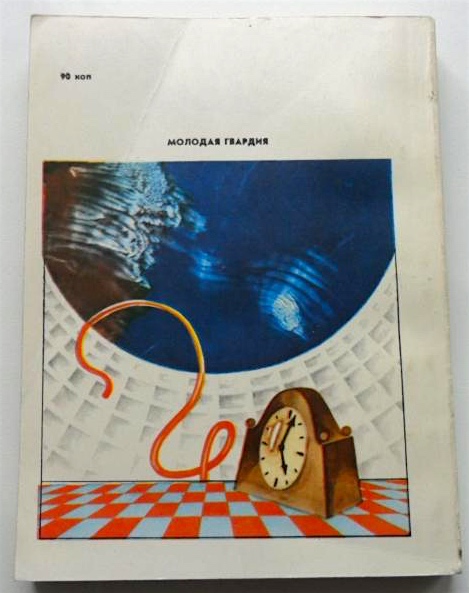 According to Fantlab, Tempograd is about a crisis on the planet Toi, where the native sun will explode in two months. To solve urgent scientific and technical problems in the face of this disaster, a microscopic town of Tempograd is created, where its inhabitants live in accelerated time: for each normal day they have a year in Tempograd, and so two months are stretched out into 60 years.

Gurevich was actually quite prolific, as it turns out. Born in Moscow in 1917, he originally studied architecture and then served in the Red Army throughout WWII (from 1939 to 1945). Somehow he emerged from the war in one piece, despite having been in the cavalry and worked as a sapper, and then after the war he worked as a civil engineer. 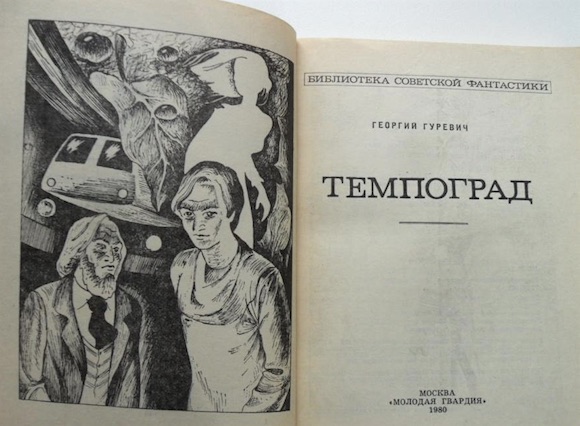 His ISFDB listing is rather sparse compared to his bibliography in Russian.

Indeed, the only English translation of Gurevich’s science fiction that I could find was “Infra Draconis,” which ISFDB listed in the 1962 Collier edition of Soviet Science Fiction.

Aha! I grabbed my copy of that delightful book off the shelf! 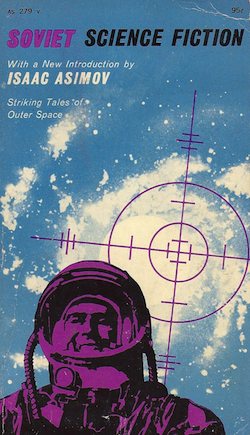 Now I remember the story, “Infra Draconis,” a tale of interplantary adventure and alien encounters. It’s actually a delightful read, and manages to pack more science and engineering details into its twenty pages than many novels.

Written at the dawn of the space age, “Infra Draconis” has a tall tale feeling reminiscent of R. A. Lafferty. The characters are space-faring scientists and engineers, yet they also sound like farmers hanging around the tool shed at the summer dacha. The six-member crew blasts off in search of the infra star, the low energy suns like brown dwarves that cannot be seen due the intensity of our own sun.

You have to admire Gurevich’s down-beat style. American writers would be all over the blasting of rockets, the violence of sudden acceleration, and the majesty of insterstellar travel. “Infra Draconis” has none of that:

Then came the monotonous days of our everyday life, which the writers omit from their descriptions. A tiny sleeping-cabin, three meters by three, hammocks, a table, a cupboard. Beyond its wall, a work-room just a trifle larger containing a telescope, the control panel, instruments, computers.

If you like, you can get into a flying suit and tumble about in space. Then once more the hammock, the table and cupboard. In fact – a prison cell. Three years in solitary confinement.

Unlike the romanticized versions of adventure in space, Gurevich doesn’t cut any slack. Space: it’s a drag. It’s endless, cold, and lethal, so just get used to it!

Not that Gurevich can’t appreciate the beauty of outer space. His opening paragraph combines the simple optics of orbiting a dark world with the majestic feel of the deep space sky.

A black circle floats over the shining sea of stars – a matte saucer with rather misty edges. At one edge the stars are eclipsed, only to be born again at the other edge half an hour later. Familiar constellations, only here they are brighter and their pattern more complicated and delicate. Only one of them – the Flying Fish – has an extra star, the brightest in the sky, the most beautiful – our own sun.

Definitely worth checking out more by Georgii Gurevich. Too bad his works have yet to be translated. 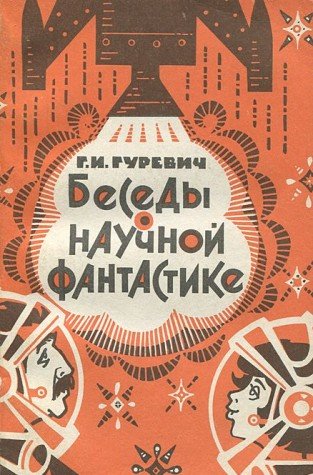